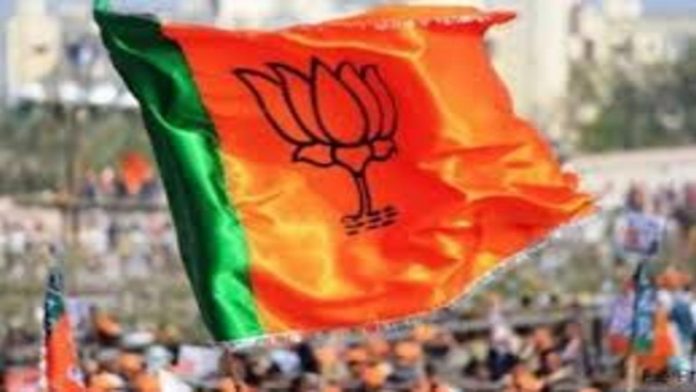 Sukanta Majumdar and his predecessor Dilip Ghosh’s attempt to depict “everything is well” inside the ranks of the Bharatiya Janata Party (BJP) in West Bengal backfired on Friday when two groups battled in their presence, placing top leaders in an awkward predicament.

After losing the assembly elections in West Bengal this year to the ruling Trinamool Congress, the state BJP has been struggling, with workers, leaders, and politicians defecting to the TMC.

Mukul Roy, his son Subhranshu, Babul Supriyo, Sabyasachi Dutta, Soumen Roy, Biswajit Roy, and Manotosh Roy have all recently defected from the BJP to the Trinamool Congress. Since then, the saffron party has stepped up its outreach to its leaders and employees in an effort to reduce defections.

Majumdar and Ghosh have decided to tour various districts of Bengal and convene joint organizational meetings under the title of ‘Jansampark Abhiyan,’ as one of the methods in play.

However, one such attempt in Katwa, East Burdwan, landed them in a humiliating scenario after a faction of party members began shouting “Go back Dilip Ghosh” slogans and making derogatory remarks about Majumdar.

When two groups clashed and damaged chairs in front of Dilip Ghosh and Sukanta Majumdar, who were sitting on the dais with other party leaders, the scene became tense.

Ghosh and Majumdar appeared obviously irritated as they attempted to bring the situation under control, but the demonstrators continued to shout slogans. They claimed that when they were allegedly beaten assaulted and terrorized by TMC activists after the assembly election results were announced on May 2, the state BJP leadership turned their backs on them.

“When the TMC goons harassed and intimidated us, the district leaders were inside their homes.” One of the demonstrators was heard shouting at Ghosh and Majumdar, “No one came to our assistance.”

Sukanta Majumdar, speaking to the media, indicated that individuals who caused the mayhem appeared to be outsiders. “True BJP activists will not raise such a disturbance in front of Dr. Syama Prasad Mookerjee’s photographs” (founder of Bharatiya Jana Sangh, the predecessor of BJP). We’ll figure out who these people are, and if they’re members of my party, we’ll take disciplinary action,” he said.

“Many TMC politicians joined us before the assembly elections for their vested interests,” Dilip Ghosh remarked, “and now, following the election results, they want to return to their prior party.” We are unconcerned about such individuals because we feel that a loyal BJP supporter will never leave.”

The situation was reportedly brought under control thanks to the participation of a few local authorities.

“Such fights and anger among party workers are nothing new in the BJP,” TMC state general secretary and spokesperson Kunal Ghosh stated. Local leaders and people are enraged by senior BJP leaders’ attitude, claiming that they were left alone to suffer as a result of the assembly election outcomes. I am confident that the BJP in Bengal would fall apart like a pack of cards in the future.”