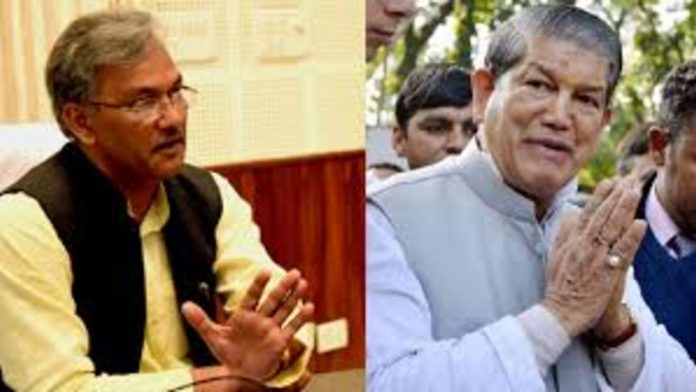 The two shared photos of their meeting on Facebook, saying they got together to check in on one other’s health. “It was good to see Trivendra Singh Rawat in such a good mood,” the Congress leader wrote. According to Trivendra Singh Rawat, the two finally met after a long time apart. “Since recuperating from Covid-19, his health has improved significantly. When queried about his health, he replied, ‘I am healthy,’ as he always does.”

According to political analyst S M A Kazmi, the BJP leader has been dissatisfied with his party since being asked to resign as chief minister. “The party leadership is also downplaying his relevance. It was an attempt to demonstrate his clout by meeting Harish Rawat and then sharing photos of the meeting on Facebook.”

M M Semwal, a political science professor at Garhwal Central University, said the meeting was a pressure technique and ruled out Trivendra Singh Rawat joining the Congress. “It’s clear that he’s not given enough weight in the party.” As a result, by meeting Harish Rawat and then posting photos on Facebook, he is attempting to send a message that he is not helpless if others feel he is, and that he has options…”

Although the BJP leader could not be reached for comment, Harish Rawat attempted to downplay the speculation. “It was a really casual gathering.” On Sunday evening, I was attending a physiotherapy centre in Dehradun when Trivendra, who lives nearby, came to see me. We had a pleasant, unstructured talk in which we inquired about each other’s health and well-being. Despite the fact that we are from opposing political parties, we must maintain mutual respect.”