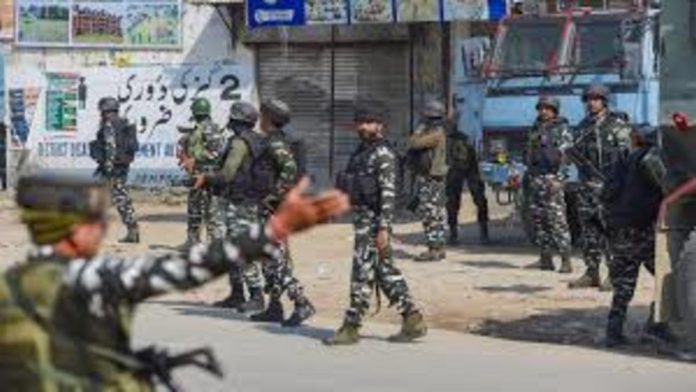 Two militants of The Resistance Front (TRF), a local offshoot of Lashkar-e-Taiba (LeT) have been killed by security forces in Jammu and Kashmir’s Srinagar on February 5, Saturday.

The killing happened in an encounter during the wee hours on Friday in the Zakura region of Srinagar.
According to the J&K police, one of the two killed militants, Ikhlaq Hajam, was part of the latest killing of Police Head Constable Ali Mohammed Ganie at Hassanpora in Anantnag on 29 January.

Two pistols and incriminating material were found from the killed militants.

On 29 January, the Head Constable Ali Mohammed Ganie, was killed by the militants near Tabala area of Anantnag’s Bijbehara, which was his residence. He was posted at Kulgam Police Station. Although he was hurried to the hospital but he died on the way due to severe injuries.

The act of killing of the Head Constable was condemned by National Conference President Farooq Abdullah and party Vice President Omar Abdullah.