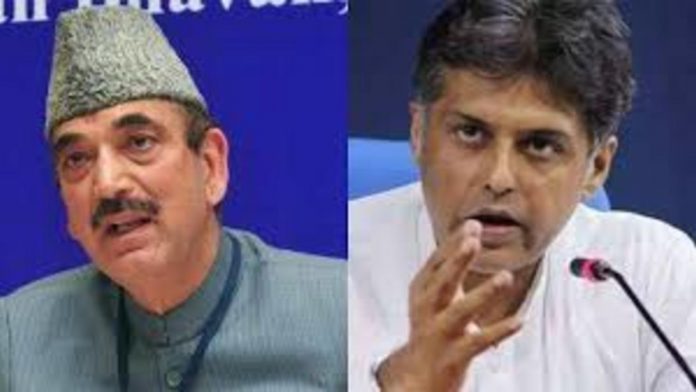 The Congress’ decision to remove two key figures from its star campaigner list only days before the state polls in Punjab has sparked outrage. The list includes Sonia Gandhi, Manmohan Singh, and Rahul Gandhi, among others, although Manish Tewari and Ghulam Nabi Azad are absent.
In an incendiary letter to Sonia Gandhi in 2020, Mr Tewari, the party’s lone Hindu MP in Punjab, and Mr Azad were among the “G-23” rebel leaders who demanded “sweeping changes” and rapid reforms in the party. On Friday, though, two other G-23 leaders – Anand Sharma and Bhupinder Singh Hooda – were on the campaigners’ list.

Mr Tewari criticised his own party in a sarcastic tweet “If it had been the other way around, I would have been pleasantly delighted. The reasons are also public knowledge. (sp)”

He also reacted to a tweet from former President Pranab Mukherjee’s son, who called it a “sad state of affairs.”

Ghulam Nabi Azad, who was attacked last month after receiving the Padma Bhushan, is also a prominent advocate in Uttarakhand’s Himalayan state.

Last year, the Congress faced a lot of infighting in Punjab, which eventually led to Amarinder Singh’s resignation as Chief Minister due to conflicts with Mr Sidhu, paving the way for CS Channi, the state’s first-ever Dalit Chief Minister.

The party has yet to name a candidate for prime minister, which will most likely be announced tomorrow.