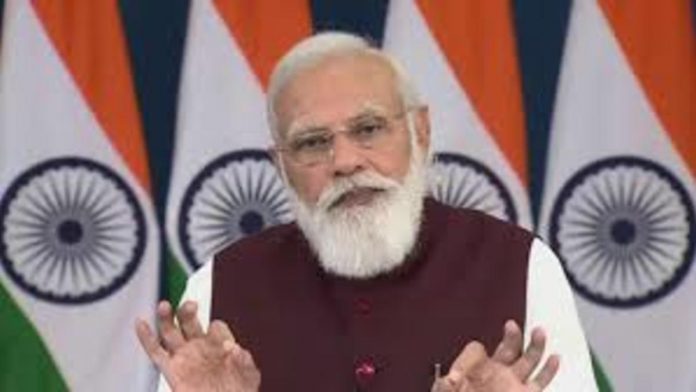 Prime Minister Narendra Modi listed the steps his government has taken to help women, including outlawing quick triple talaq, which he claims has resulted in an 80 percent reduction in such cases since the law was introduced.

In his monthly ‘Mann Ki Baat’ address, the prime minister said women were contributing to the country’s growth from panchayat to Parliament, ahead of International Women’s Day on March 8.

“A societal blight such as (immediate) triple talaq is likewise being phased out. Since the law prohibiting it was enacted, the number of incidents of (instant) triple talaq has decreased by 80%. How are so many changes taking place in such a short period of time? This shift is taking place because women are taking the initiative “Modi stated the following.

His comments come at a time when the Karnataka hijab controversy has sparked intense arguments. Despite the fact that the prime minister did not address the matter, he emphasised the importance of girls attending school.

“The percentage of girls who attend school has increased. We also bear duty for ensuring that our daughters do not drop out of school “he stated

“You’ve probably noticed that the country is undergoing yet another huge transformation. Our social efforts’ effectiveness has resulted in this development. Consider ‘Beti Bachao, Beti Padhao’s success… The country’s sex ratio has improved in recent years “The Prime Minister stated.

“Women are achieving new heights in several professions in our country today, from the Parliament to the panchayat. Daughters are also taking up new and crucial tasks and roles in the Army to preserve the country. Our children flew modern combat planes on Republic Day last month. The country has also overturned the ban on daughters enrolling in Sainik Schools, and girls are flocking to them across the country “Modi stated the following.

Women have an essential role in the fast-growing world of start-ups, according to the PM.