Trailer Of Taapsee Pannu’s Cricket Biopic ‘Shabaash Mithu’ Out On YouTube, Film To Release On July 15 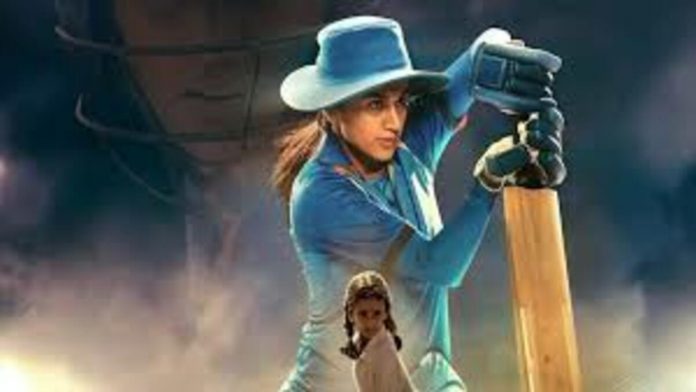 Yesterday, the trailer for Taapsee Pannu’s sports biographical film Shabaash Mithu was released on YouTube. On July 15, the film, which follows Mithali Raj’s journey from an 8-year-old girl to a cricket legend, will be released in theaters near you. Sourav Ganguly, the former India captain and current President of the Board of Control for Cricket in India (BCCI), debuted the teaser for the Srijit Mukherji-directed film.

Mithali Raj tweeted about the trailer, saying, “One game, one nation, one ambition… My dream! Grateful to the team and excited to share my story with you all! Check out Shabaash Mithu trailer.”

Taapsee Pannu had shared a new poster of the film on her Instagram handle on the occasion of International Women’s Day this year. She shared the poster and wrote, “She continues to inspire millions like me. To break a few stereotypes to lay down a new path ahead for many to follow. This Women’s Day I am cheering for the front runners in the fight to #BreakTheBias #ShabaashMithu #ShabaashWomen #shabaashyou.”

While some people praised the trailer for its subject and Taapsee Pannu’s attempt to reflect Mithali Raj’s life, others criticized it for Taapsee’s monotone acting and poker-face speech delivery.

Srijit Mukherji directed the biopic, which was written by Priya Aven and produced by Viacom18 Studios. It is based on the life and cricketing career of Mithali Raj, the former Test and ODI captain of India’s women’s national side. Taapsee Pannu plays Mithali Raj. Raj had a 23-year cricketing career that includes seven straight 50s in one-day internationals and four World Cup appearances.