Three Farms Laws To Be Repealed, Announces PM Modi In Address To Nation 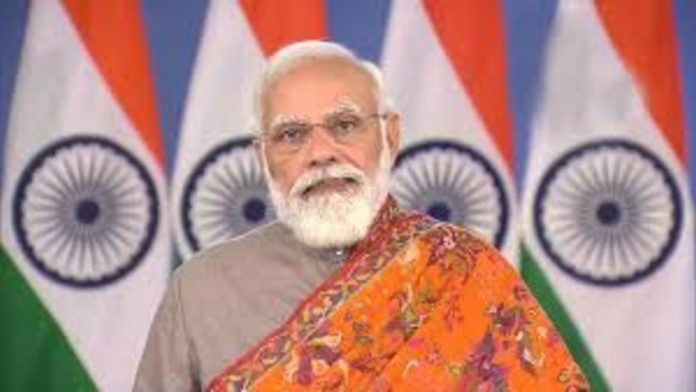 In a speech to the nation today, Prime Minister Narendra Modi stated that the three problematic farm legislation enacted in 2020 will be repealed.

“We haven’t been able to adequately convey our situation to our farmers. This is not the time to point fingers. I’d like to inform you that the agricultural laws have been reinstated “Farmers should return to their homes and fields, remarked the Prime Minister.

The decision comes as farmers’ protests near a year’s end, just ahead of crucial state elections.

PM Modi stated that his government did everything possible to educate and inform farmers about the rules, and that he will continue to strive for their benefit.

Following Prime Minister Narendra Modi’s announcement that the government would repeal the three farm laws, Congress leader Priyanka Gandhi Vadra said she is sensing loss in the next assembly elections and has begun to understand the realities of the country, which was established by farmers.

“Six hundred farmers were martyred over the course of 350 days of resistance, and you didn’t care because Narendra Modi ji, your minister’s son, crushed farmers to death. Farmers were insulted by your party officials, who referred to them as terrorists, traitors, goons, and miscreants; you, too, referred to them as andolanjeevi, beat them with sticks, and arrested them “The General Secretary of the Congress stated.

“Now that you have sensed defeat in the polls, you have suddenly begun to realise the reality of this country — this country was built by farmers, it is a country of farmers, they are the true protectors of the country, and no government can run the country by trampling on the interests of farmers,” Priyanka Gandhi Vadra tweeted in Hindi.

Yogi Adityanath, the Chief Minister of Uttar Pradesh, said today that he is pleased with Prime Minister Modi’s decision to repeal the farm rules.

“Although a vast number of individuals agreed that such rules could help farmers earn more money, certain farmer organisations were against them. The administration attempted to initiate talks at various levels, but we were unable to persuade them. We hold democracy in high regard. As a result, I applaud the removal of the farm laws “In a video statement, Mr. Adityanath remarked.