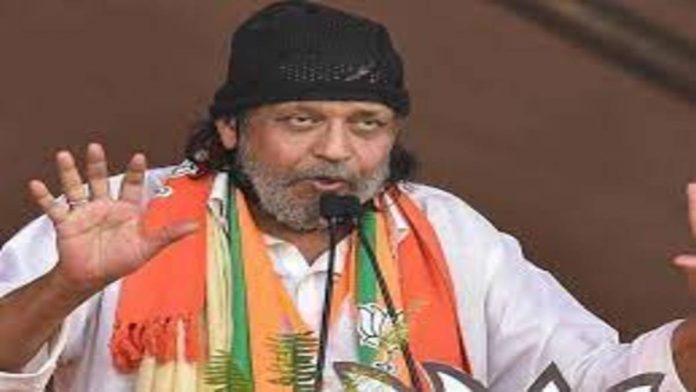 Kolkata Police on Monday will interrogate BJP leader and actor Mithun Chakraborty virtually in connection with his statements during a political rally on March 7 this year. This is the third round of questioning in the issue.

In the FIR lodged against Chakraborty asserts that he used film dialogues like “marbo ekhane, lash porbe shoshane” (I will hit you here and the body will fall in the crematorium)” and “ek chobole chhobi” (only one snakebite and you will end up being a photo) during an election rally at Brigade Parade Ground in Bengal.

It has been speculated that the dialogues had resulted in post poll violence in the state.

Mithun Chakraborty has defended that the expressions of such film dialogues were just recreational and that he is inncent and is not connected to the allegations made in the complaint.

He has also requested the High Court to dismiss the proceedings against him before the additional chief judicial magistrate at Sealdah court.

Last week, the Calcutta High Court requested that Mithun Chakraborty to give his email address to the Bengal government so he can make himself accessible via video meeting for questioning in connection with the complaint alleging that he had prompted post-poll violence through his discourses during rally.