Terrorist Attempting In Infiltrate Arrested, Says 30,000 Were Given For Attack 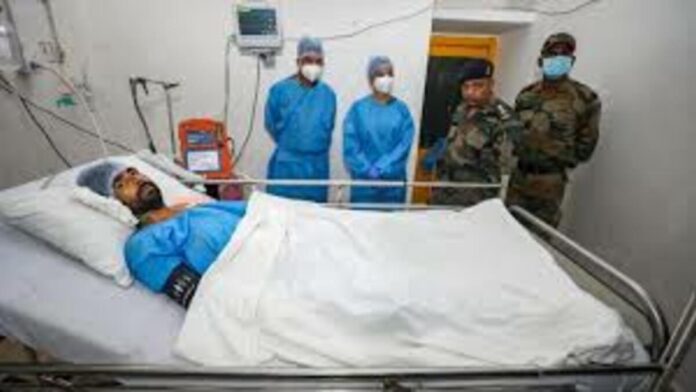 A terrorist was arrested on borders and two were dead in a landmine blast in Rajouri district of Jammu and Kashmir after the two attempts of infiltration were disrupted in last two days, said the Indian Army on Wednesday.

When questioned, the arrested one told that he was give 30,000 Pakistani rupees bu the Pakistan Army Colonel for attacking and Indian post. He was earlier arrested for entering the Line of Control, but was sent back on humanitarian grounds.

The arrest took place in early hours of August 21, when movement of two to three terrorists on the side of their own Line of Control was seen by the soldiers deployed in Jhangad area of Nowshera.

One of those spotted was very close to Indian post. They tried to run but the Indian soldiers caught them by injuring them through firing.

However, with the protection of dense forest, two other infiltrators escaped. “The injured Pakistani terrorist was captured alive and provided with immediate medical aid and lifesaving surgery was carried out,” the Army said in its statement.

The arrested is named as Tabarak Hussain, who belongs to village named Sabzkot of Pakistan occupied Kashmir. When he was questioned, he told that he was “sent by Colonel Yunus Chaudhry of Pakistan intelligence agency”. A sum total of 30,000 Pakistani rupees were recovered from him, which were given to him by the Colonel.

“Incidentally, the individual was earlier captured by Indian Army from the same sector in 2016 along with his brother Haroon Ali, and was repatriated on humanitarian grounds in November 2017,” said Army.

In their final attempt on August 22 after failed attempts, “a group of two to three terrorists” tried to infiltrate in the Lam sector of the same area. “Our alert troops were able to observe the terrorist,” the Army further said.

“As the area is heavily mined, the search operation is being carried out carefully and is still under progress. More recoveries in the area are expected,” said Army.