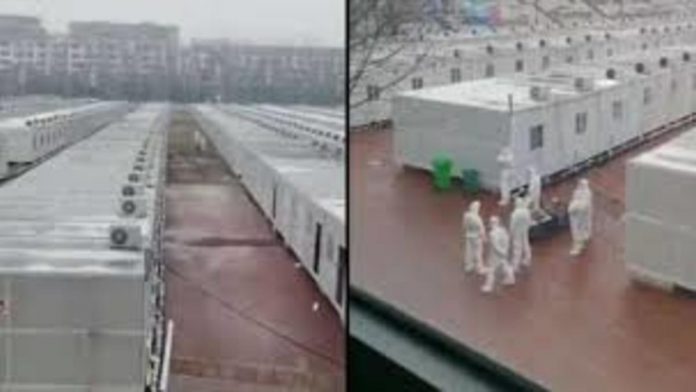 A series of terrifying social media images from China show rows upon rows of metal boxes housing suspected COVID-19 victims, as well as lines of buses transporting individuals to quarantine camps. The events, which seemed like something out of a dystopian film, are one of numerous severe preventive measures the country is attempting to stop COVID-19 from spreading.

China’s “zero Covid” policy has imposed a slew of harsh regulations on its population, putting millions of people on the verge of being quarantined as Beijing prepares to host the Winter Olympics next month.

People, including pregnant women, children, and the elderly, are being forced to stay in these packed boxes with a wooden bed and a toilet for up to two weeks, even if only one person in their neighbourhood tests positive.

Residents in many districts were advised shortly after midnight that they needed to leave their houses and head to quarantine centres, according to the report.

Close contacts in China are frequently recognised and quarantined quickly due to mandated track-and-trace apps.

According to the report, some 20 million people in China are now confined to their houses and are forbidden from leaving even to buy food.

This comes only days after a pregnant Chinese woman miscarried due to a severe lockdown that prevented her from seeking medical help. The event revived debate over the limitations of China’s COVID-19 zero-tolerance policy.

China, where the coronavirus was first discovered in 2019, has a method for containing epidemics that it calls “dynamic zero”: rigorous lockdowns and immediate testing.

Unlike softer lockdowns elsewhere, people in China can be banned from leaving their buildings or forced to remain inside hotel rooms if they are considered high-risk contacts.