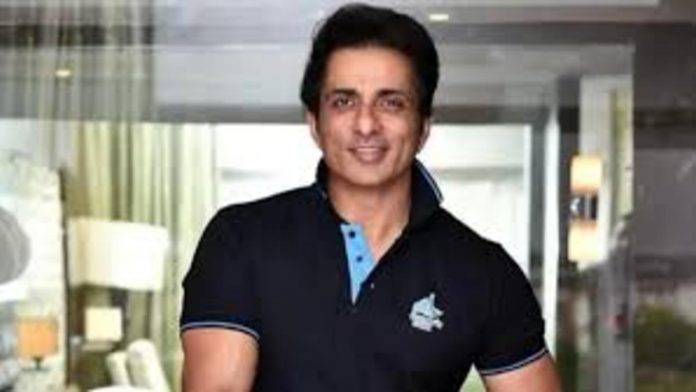 The Income Tax agency raided actor Sonu Sood’s offices in Mumbai and a company linked to him in Lucknow on Wednesday, according to sources.

On Wednesday afternoon, tax officers came at the actor’s home, where he receives regular crowds of people requesting assistance.

“A recent deal between Sonu Sood’s company and a Lucknow-based real estate firm is under the scanner. The survey operation has been initiated on allegations of tax evasion on this deal,” sources in the Income Tax department claimed.

This isn’t the first time Sonu’s home has been raided. In 2012, he was one among the Bollywood stars whose homes were raided for possible tax evasion.

The raids were linked by opposition Politicians to the actor’s recent high-profile meeting with Delhi Chief Minister Arvind Kejriwal, who named him as the brand ambassador for his government’s mentorship programme for schoolchildren in the city.

The 48-year-old actor has been in films for over two decades, but it was his incredible altruism during the pandemic that cemented his place in the public consciousness.

Sonu Sood received widespread acclaim for his humanitarian efforts during the pandemic. After being stranded by last year’s shutdown, he organised buses, trains, and even aircraft for migrants anxious to get home. He organised oxygen for Covid patients during the second wave in April-May and ordered 18 oxygen plants from France, which were shipped to various states.

For many who turned to him after the system failed them, he was labelled the “messiah.”

Politicians from all throughout the country hailed him as a real-life hero. Though he has never expressed an interest in politics, curiosity arose following his meeting with Mr Kejriwal, with rumours circulating that the actor might run for Punjab chief minister as an Aam Aadmi Party (AAP) candidate next year.

The BJP refuted the claim that the raids were motivated by a political goal.

“There is no relation to that (the Kejriwal meeting). Any personality can meet anyone. It is just a search, not a raid. It’s on a tipoff. It’s not necessary that the person who heads the charity has done anything wrong… It must be something at the lower level. Income Tax is an independent department, which has its own protocol. It is doing its job,” Asif Bhamla, BJP spokesman, said.

Mr. Kejriwal said on Twitter that there were millions of obstacles in the way of truth, but that truth always prevailed. “Sonu Sood has the blessings of lakhs of families, whom he had helped during their difficult times,” he tweeted.

Another AAP leader, Raghav Chaddha, said: “An IT raid on a man as upright as Sonu Sood, somebody who has been called a messiah by lakhs of people, somebody who helped the downtrodden. If a man like him can be politically targeted in a well thought out witch-hunt shows that the current regime is insensitive and politically insecure.”

The tax raids were also criticised by the BJP’s former ally Shiv Sena.

“I am shocked. The way Sonu Sood has helped lakhs of people, for tax people to search his properties… I don’t think he can do anything illegal,” said Anand Dubey, Shiv Sena leader.