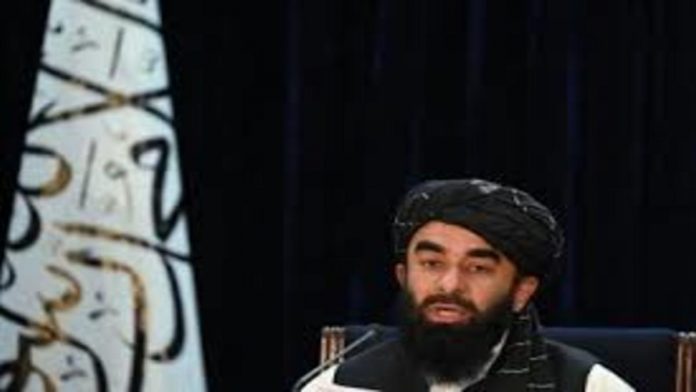 The new Taliban government has also included a leader from US designated terrorist organization to mark the return to power after 20 years of war with America.

A head of Taliban’s leadership Council Mullah Mohammad Hassan has been appointed as the Prime Minister, said spokesperson Zabihullah Mujahed in a press conference in Kabul on Tuesday.

While the Taliban co-founder Mullah Abdul Ghani Baradar, the main face of the group who last year signed a peace deal with Trump administration will serve as Hasan’s deputy.

Leader of Haqqani Network, Sirajuddin Haqqani will serve as the acting interior minister. Who can complicate any moves by the US to cooperate with Taliban, as US President Joe Biden asks Taliban to cut all ties with terrorist groups.

The spokesperson also told that Taliban wants good relations in all over the world including US. He called the new cabinet a “diverse group” which include different ethnicities and backgrounds, although there are no women in the cabinet.

“We’re not a tribal force,” said Mujahed, that the group wanted good relations with the U.S. despite the war, he further said. “We hope all countries in the world will recognize the legitimacy of our government and our Islamic regime.”

The US and it’s partners have been keeping a close eye on whether the Taliban would form an inclusive government which will balance The country and restrict return to civil war. The other demands are freedom to travel for those who want to depart from Afghanistan and rights for women.

Meanwhile, White House spokeswoman Jen Psaki At a briefing on Tuesday said, that she has no timeline for when the US will actually consider the new Taliban government and was still looking after the evacuation of remaining Americans.

“There’s no rush to recognition,” she said. “It is really going to be dependent on what steps the Taliban takes. The world will be watching, the United States included.”

On the economic front, for Taliban new government economic crisis are rising, prices of essential commodities rising in Kabul and banks are running short of cash. The U.S. has frozen  $9 billion in resources having a place with Da Afghanistan Bank, or DAB, the country’s national bank, and the International Monetary Fund remove the group from utilising the reserve resources.

The spokesperson did not mention anything about the Taliban Supreme Commander Haibatullah Akhundzada, who is not seen in public since he became the group’s leader in 2016. Mohammad Yaqoob has been apponted as the defence minister. He is the son of former supreme leader Mullah Mohammad Omar, who denied to give up Osama Bin Laden to US before the 2001 invasion.

The other key cabinet members are as follows:
Amir Khan Muttaqi as acting foreign minister

Mohammad Edris as acting governor of the central bank