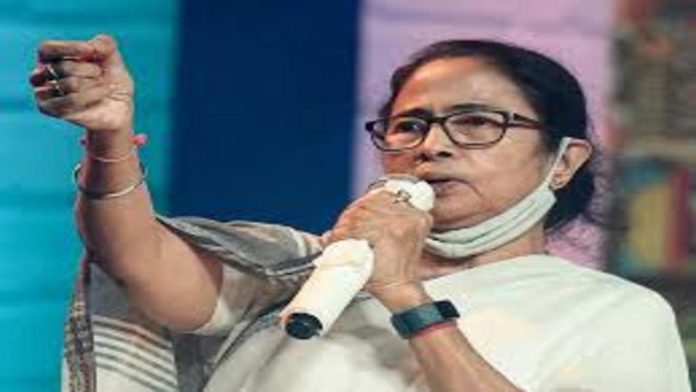 The continuous opposition complain that the BJP ruling Central government takes credit for state projects was featured drastically today by Bengal Chief Minister Mamata Banerjee. Taking on Prime Minister Narendra Modi head at an official work, Ms Banerjee proclaimed that the undertaking he was inaugurating was already inaugurated by the state government a long time back.

The event was the launch of the second Chittaranjan National Cancer Institute campus in Kolkata. PM Modi was scheduled to inaugurate it from Delhi virtually and it was going on when Ms Banerjee got the chance to speak.

“I have come to the programme because of the Prime Minister. Because Pradhan Mantri ji is virtually inaugurating this project,” said the Bengal CM.

“The Honourable Health Minister had telephoned me twice. This is why I thought this is a Calcutta programme in which the Prime Minister has taken an interest. I’d like to inform him that we have inaugurated the programme first. How did we do it? When Covid started and we needed a Covid centre, I went there one day. The Rajarhat second campus of Chittaranjan Hospital. I saw it was linked to the state government and we inaugurated it,” she announced.

She further said that PM Modi “will be happy to know that we are funding 25 per cent and also the recurring expenditure — the state government is paying 71 per cent. We have given the 11 acres of land to build this campus”.

“This is why the centre and the state should work together for public benefit,” she said.

The PMO had likewise guaranteed the cooperation of Leader of Opposition Shubhendu Adhikari at the virtual meeting, in spite of the Chief Minister communicating solid reservations over what she portrayed as “break of protocol”.

When Ms Banerjee stood at the stage with Prime Minister last time, she had dropped her discourse subsequent to being irritated by allies of the BJP with chants of “Jai Shri Ram”.

The uncommon joint appearance occurred in January last year to launch an exhibition to pay tributes to Netaji Subhas Bose at the city’s Victoria Memorial, in front of a sharply challenged state polls.

The BJP got a hit back in the assembly polls, with Ms Banerjee fantastically winning a third term in the state.