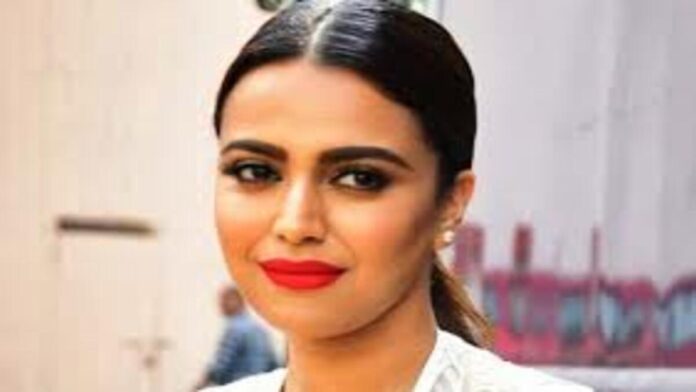 Actress Swara Bhasker shared the main factors that may be causing Hindi movies to perform less well than anticipated at the box office. One of them is also connected to the confusion surrounding Sushant Singh Rajput’s passing, which damaged the industry’s reputation. She also made a comparison between the circumstance and what occurred with Congressman Rahul Gandhi.

Films like Laal Singh Chadha, starring Aamir Khan, Dobaaraa, starring Taapsee Pannu, and Raksha Bandhan, starring Akshay Kumar, failed at the box office due to boycott movements on Twitter. In order to urge people to boycott the movies, many users also retrieved earlier tweets. In the meantime, according to the trends on microblogging websites, future movies like Liger and Pathaan are also encountering the same difficulties.

Swara cited director Anurag Kashyap in an interview when discussing the situation in Bollywood, where only a handful films had success in the previous year. In a recent interview, Anurag claimed that because of the “economic recession” in the country, watching movies has become a leisure activity in which people may no longer be interested. Swara concurred with him and refuted suggestions that Bollywood was to blame for fewer moviegoers.

Swara emphasized that audiences’ post-Covid-19 thoughts may also be to blame for movies not performing well in theaters. “The fourth reason is that Bollywood has been portrayed as a pretty gloomy place that is mainly about drugs, booze, and sex after the untimely and tragic suicide of Sushant.” She continued by saying that those who merely disagree with them frequently “discredit” the industry.

Swara also compared Rahul Gandhi, who is mockingly referred to as “pappu,” to the current state of Bollywood. “Since everyone kept referring to him as pappu, everyone now accepts it. He is a perfectly intelligent and articulate man, and I have met him. This ‘pappufication’ has also occurred in Bollywood, according to the actor who will next be seen in Jahaan Chaar Yaar.