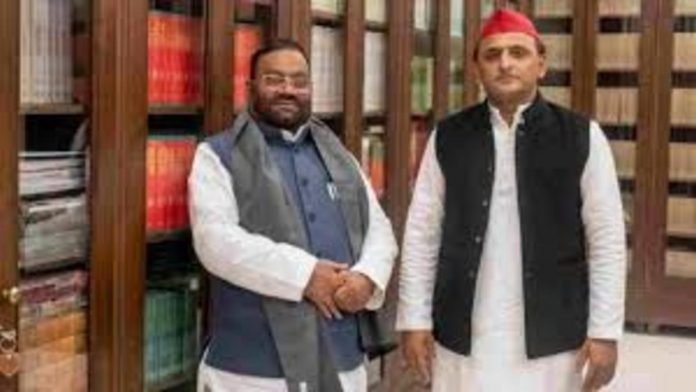 Maurya claimed he felt “uncomfortable” in the party because OBCs, Dalits, and youth were being ignored. The leader is now scheduled to join the Samajwadi Party on Wednesday in Lucknow, according to sources.

According to sources, Swami Maurya, another Minister Dharm Singh Saini, and four BJP MLAs may soon join the Samajwadi Party.

“You will see my resignation’s impact when results of 2022 polls come. There are not just three, but dozens of MLAs who will leave BJP,” Maurya later told media.

Reacting to the development, UP Deputy Chief Minister Keshav Prasad Maurya said in a tweet, “What Swami Prasad Maurya ji’s reasons for resignation were, I do not know. But I appeal to him to sit and talk, hasty decisions often prove to be wrong.”

Another BJP MLA, Roshan Lal Verma, delivered Maurya’s resignation letter to the Raj Bhawan, and suggested he might resign and join the SP.

The Labour Minister was alleged to have been dissatisfied for some time and had been debating whether or not to resign and switch parties.

According to sources, the leader had been in contact with SP chief Akhilesh and had met him at his home a few days ago.

Akhilesh posted a photo of himself with Maurya as soon as the news of his resignation became known, writing, “We welcome all the recognised leaders who battled for social equality to SP.” In SP, his workers and supporters will be treated with the utmost respect. In 2022, there will be a socialist revolution.”

On Tuesday morning, Maurya, who was also the BJP’s main OBC face in Uttar Pradesh, presented his resignation to the Governor.

Many more BJP leaders and sitting MLAs, according to Samajwadi Party sources, are in contact with the party’s leadership and are anticipated to convert to SP shortly.

After leaving the BSP a year ago, the man, who was a three-time MLA from Padrauna, joined the BJP. The transfer of Maurya from the BJP to the SP is considered as part of the SP’s plan to win over Non-Yadav OBC supporters ahead of the assembly elections.

Swami Prasad Maurya’s daughter is a BJP Member of Parliament in Badaun.