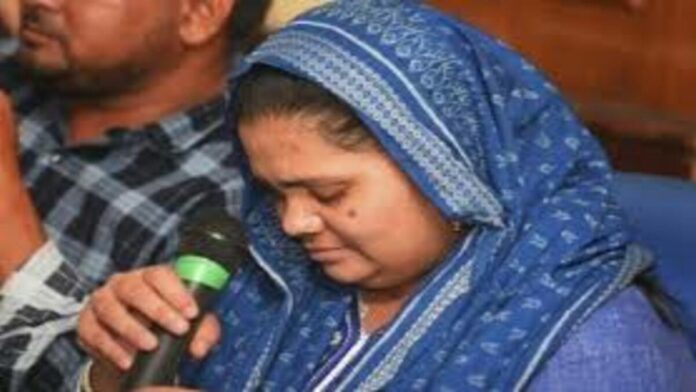 After the release of 11 accused in the Bilkis Bano rape case during Gujarat riots in 2002, the survivor of one of the most horrific rape cases said that the move has “shaken” her trust in justice.

Her response after the release two days ago has showed a sense of deep betrayal and hurt. The decision has left her “numb” and “bereft of words”, said the survivor.

“How can justice for any woman end like this? I trusted the highest courts in our land. I trusted the system, and I was learning slowly to live with my trauma… My sorrow and my wavering faith is not for myself alone but for every woman who is struggling for justice in courts,” she said.

He response even showed a shock at the Gujarat government, who released the 11 accused without consulting with her. “No one enquired about my safety and well-being, before taking such a big and unjust decision,” she further said.

In her request to the state government she said, “Give me back my right to live without fear and in peace. Please ensure that my family and I are kept safe”.

Meanwhile, her lawyer Shobha Gupta while talking to media said, since the rapists have been released the safety has become a huge concern. She even said that the survivor was continuously hiding and shifting homes till the convicts were in jail but now after the release she is too shocked to take further steps.

Bilkis Bano was 21 when she saw seven members from her family killed. Among them was her little girl, who was only three years of age. Seven other family members, who she says were also killed, were announced “missing”. The lady, five months’ pregnant, was then gang-raped.

On January 21, 2008, a special Central Bureau of Investigation (CBI) court in Mumbai had sentenced the 11 accused to life imprisonment on the charges of murdering seven members of the Bilkis Bano’s family and gang-raping her in 2002.

The 11 rapists were released on 15th August, when the country celebrated its 75th Independence.