Stringent Security, Deployment Of Forces In Place As Bengal And Odisha Goes For Bypolls 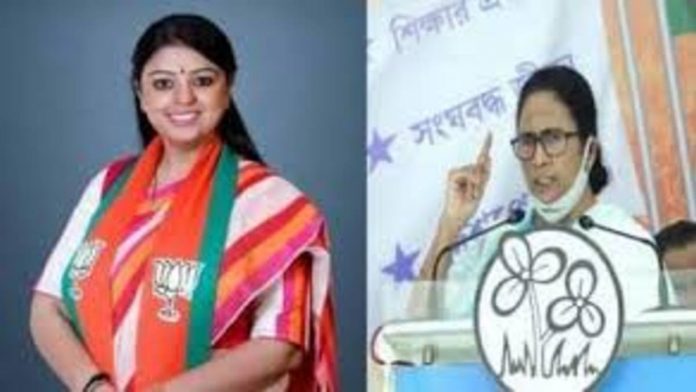 Stringent security precautions, including the deployment of 15 companies of central forces, have been prepared in the area ahead of the high-voltage bypoll to the Bhabanipur assembly seat in south Kolkata, from which West Bengal Chief Minister Mamata Banerjee is contesting. The BJP’s Priyanka Tibrewal and the CPI(MSrijib )’s Biswas will face off against TMC chief Banerjee in the crucial Bhabanipur bypoll, which she has to win to save her seat as West Bengal chief minister. The Republican Party has opted not to run a candidate in the election. On Thursday, bypolls will be held in the constituencies of Bhabanipur, Samserganj, and Jangipur. Meanwhile, a bypoll will be held in the Pipli constituency in Odisha’s Puri.

According to Election Commission sources, 7.8% of voters cast votes in the by-election for the Pipili assembly seat in Odisha’s Puri district until 9 a.m. on Thursday. People were spotted queuing outside polling booths, where marks on the ground had been made to allow voters to maintain social distance. Polling will be open till 6 p.m.

At a polling location in Kolkata’s Bhabanipur assembly constituency, voters are being sanitised.

In light of the Covid-19 incident, voters at polling station 159 in the Bhabanipur assembly seat of Kolkata South district are being given gloves.

Rudra Pratap Maharathy, a candidate for the Biju Janata Dal (BJD), voted in the Pipili by-poll. Following the death of his father, Pradeep Maharathy, the seat became vacant. “Since my father’s death, our constituency (Pipili) has had no MLA. Everyone is looking for their ideal candidate “According to sources, he stated.

Around 2.30 lakh voters in Odisha will decide the destiny of ten candidates, including Rudrapratap Maharathy of the ruling BJD, Ashrit Pattnaik of the BJP, and Congress nominee Bishwokeshan Harichandan Mohapatra, according to news agency.

Following the death of BJD MLA Pradeep Maharathy in October last year, a by-election to the Pipili seat was called. It was originally slated for April 17, but was postponed after Congress candidate Ajit Mangaraj died on April 14 from Covid-19.

What makes Bhabanipur bypoll so interesting?
Mamata Banerjee’s home constituency in West Bengal is Bhabanipur. Senior folks from Bhabanipur have been quoted in several news publications reminiscing about Mamata Banerjee’s childhood in the area. It is where she lives in Kalighat. The TMC has claimed that Mamata Banerjee’s victory in the Bhabanipur assembly seat is a foregone conclusion. It is often assumed that the ruling party will always have an advantage in by-elections.

The Bengal bypolls are being held in the midst of intense security and Covid-19 restrictions. While voting stations have been provided with masks and sanitizers, as many as 72 companies of central forces have been deployed in the three constituencies, of which 35 are stationed in Bhabanipur alone, officials said. Prohibitory orders under Section 144 of the CrPC have also been imposed within 200 metres of the polling centres.