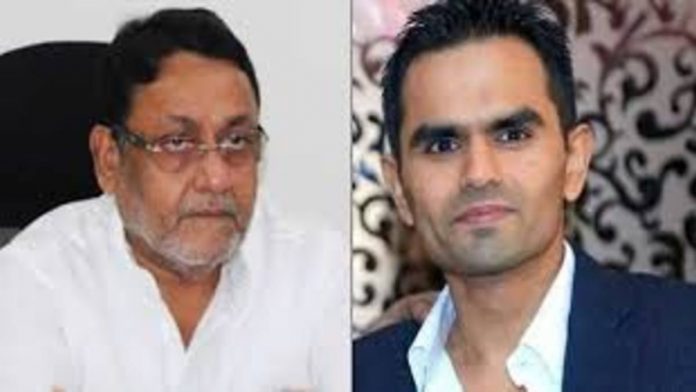 Sameer Wankhede, a Nationalist Congress Party minister, has claimed that he was born a Muslim but falsified his caste certificate to gain access to a civil service seat reserved for Scheduled Castes (SC). Sameer Wankhede and his family, on the other hand, have insisted that the charges are untrue.

Nawab Malik’s daughter, Nilofer Malik Khan, claimed to have released Sameer Wankhede’s marriage certificate and wedding reception card on Twitter on Saturday. These records relate to his first marriage, which he had with Shabana Quraishi.

The name of the bridegroom is printed as “Sameer’ (s/o Mr Dawood and Mrs Zaheda Wankhede)” on the alleged wedding card.

While Nawab Malik claims that Sameer Wankhede’s father’s name is Dawood, the Wankhede family insists that his name is Dnyandev.

The court had previously deferred its decision on Sameer Wankhede’s father’s motion for a “temporary injunction” against Nawab Malik. Dnyandev Wankhede had asked the court to stop Nawab Malik from making “defamatory statements” about him and his family on social media.

NCB vs NCP
Since the investigation into the high-profile Mumbai cruise narcotics case began, Sameer Wankhede and Nawab Malik have been at odds. The minister has made various serious claims against Sameer Wankhede, including extortion.

The NCB and the Mumbai police have initiated an investigation into extortion claims made by independent witnesses in the matter at hand, which is currently ongoing.

An NCB team led by Sameer Wankhede had previously detained Nawab Malik’s son-in-law Sameer Khan in a drugs case. Later, he was released on bail.