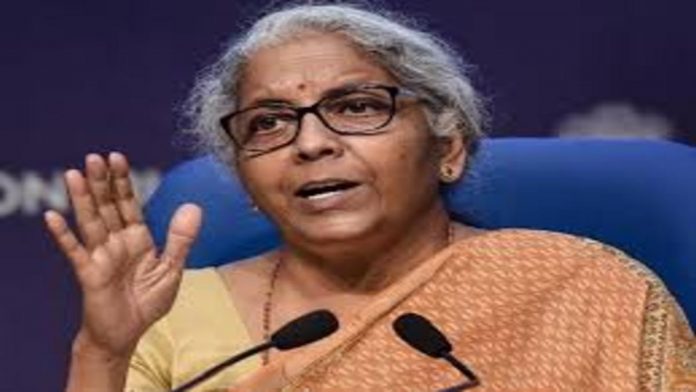 People should ask their own state governments about high fuel prices, Finance Minister Nirmala Sitharaman said at a press conference on Monday night, adding that the central government had appealed to states to reduce Value Added Tax (VAT) to further lower rates after slashing excise duty on petrol and diesel.

“Petrol and diesel can’t be included in the Goods and Services Tax (GST) until the GST Council decides the rate,” the Finance Minister stated.

Ms Sitharaman was speaking to the media after meeting with Chief Ministers and Finance Ministers from around the country to discuss ways to improve the country’s investment climate “in the aftermath of strong recovery” and “opportunity afforded by a shift in geopolitical reality post-pandemic.”

On Diwali eve, the Centre slashed excise duty on petrol and diesel by 5 and 10 per litre, respectively, in response to popular complaints over spiralling gasoline costs. Several states had lowered their VAT rates in order to lower fuel prices. However, several states have asked the federal government to lower excise duties even further. Kerala’s Finance Minister, for example, referred to the measure as “damage control.” Rising fuel prices, among other issues, were blamed for the ruling BJP’s loss of numerous seats in recent by-elections.

Opposition parties claim that the Modi government has only slightly lowered excise duties after dramatically raising them in the past. They argue that because state governments did not raise VAT, there is no way to lower it, and that if the federal government reverses its excise duty hikes, prices will inevitably fall.