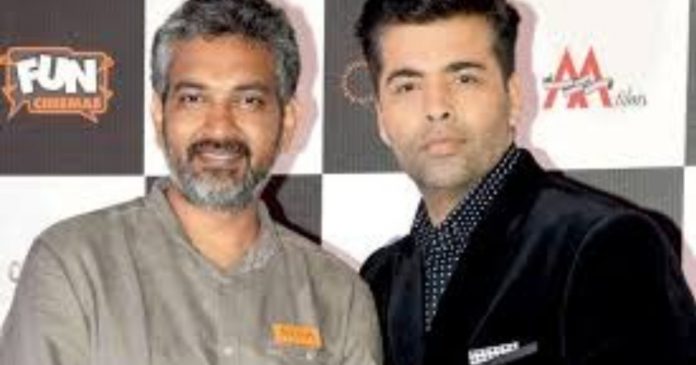 Following the success of the Baahubali series, Tollywood director SS Rajamouli has become one of India’s most recognised directors. It appears like the filmmaker is gearing up to make more history with ace filmmaker Karan Johar.

RRR, directed by Rajamouli and starring Ram Charan and Jr NTR, is one of the most anticipated films of the year. The movie was supposed to hit theatres this week. The release has been postponed due to the closure of theatres in numerous states due to an unexpected increase in Covid-19 cases.

While fans impatiently await the film’s release date, a new rumour claims that SS Rajamouli would collaborate on a film with Bollywood director-producer Karan Johar. According to reports, the project will be an experimental film with some new faces cast.

While there aren’t many information about the film yet, the creators want to present the project’s premise soon. This isn’t the first time the director has directed a concept movie. He is well known for films like ‘Eaga,’ Makkhi, and Sye, which are concept-oriented or experimental.

At the box office, both of these films were a great hit. As a result, viewers can expect SS Rajamouli and Karan Johar’s upcoming film to be a big cinematic experience for them as well as a box office success.

Currently, the acclaimed filmmaker is set to direct Superstar Mahesh Babu in their next flick.