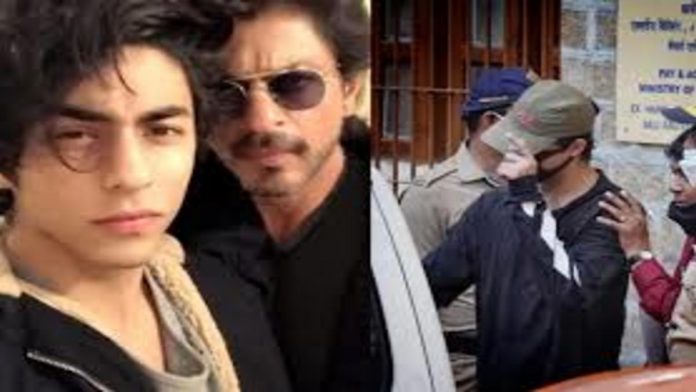 The three were arrested earlier on Sunday for allegedly possessing illegal drugs and abusing substances.

The agency seized a cruise ship off the coast of Mumbai on Saturday night, busting a party where drugs were being consumed. NCB zonal director Sameer Wankhede claimed Khan and others were on the cruise liner where the agency busted a rave party.

Aryan Khan, Shah Rukh and Gauri Khan’s eldest son, was arrested on Sunday afternoon for alleged narcotics possession and usage. After officers seized 13 grammes of cocaine, 21 grammes of charas (hasish), 22 pills of MDMA (ecstasy), 5 grammes of mephedrone, and cash worth Rs.1.33 lakh at the International Cruise Terminal, Green Gate Mumbai, the bureau has filed a case under sections 8C, 20B, 27 read with 35 of the Narcotic Drugs and Psychotropic Substances Act, 1985.

Munmun Dhamecha and Arbaaz Merchant are the other two people arrested.

While Arbaaz is a Bandra resident and Aryan’s friend, Munmun Dhamecha is a Madhya Pradesh-based fashion designer.

At around 4 p.m., the three detained were transported to JJ Hospital in Mumbai for a medical check. They were accompanied by Mumbai police officers in addition to drug enforcers. Khan was returned to the NCB’s Ballard Estate headquarters in South Mumbai, where he was interrogated.

Officials from the NCB stated they were given advance notice of the rave and boarded the ship as passengers. Hundreds of passengers were on board the Goa-bound ship, according to an official who did not want to be identified.

According to those acquainted with the situation who asked not to be identified, this is the first time NCB has stormed a rave party aboard a cruise liner.

The parties on passenger cruise ships on October 2, 3, and 4 are thought to have been organised by a Delhi-based event firm. The cruise ship was supposed to leave Mumbai on Saturday night and arrive in Goa on Monday.

In its office, the NCB also recorded Jurgen Bailom, the president and CEO of Cordelia Cruise.

“The agency called us to understand the procedure of crew operation and we are cooperating with the NCB. There were around 1,000 passengers when the ship left from Mumbai coast. Our ship has not been detained, it has gone for its destination and will return on Monday. We were not aware about the guests who were on the ship as organisers are different” Bailom said.