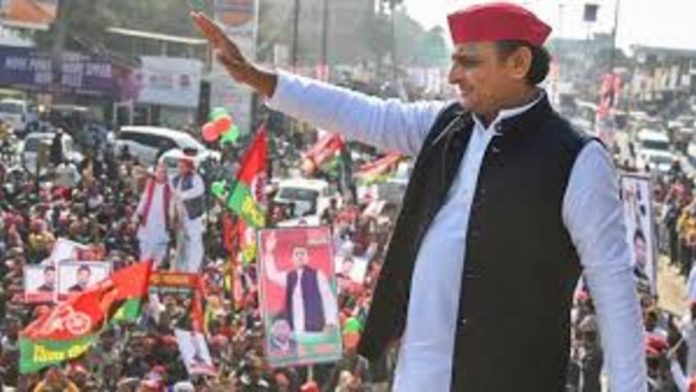 Sabhavati Shukla is the wife of former BJP leader Upendra Dutt Shukla, who died in 2020. He had started his political career from Akhil Bharatiya Vidyarthi Parishad (ABVP) and later joined BJP and worked for 40 years in the party. He was an eminent Brahmin leader from Gorakhpur and was serving as the state BJP vice-president at the time he died. He has also served as the BJP’s Gorakhpur president. In 2018 Lok Sabha by-election, which were needed after Adityanath’s resignation, he became the Chief Minister of UP, Shukla had contested as a BJP candidate from Gorakhpur but could not win against SP-BSP alliance candidate.

Sabhavati is making her electoral debut in these elections and she had met the SP Chief Akhilesh Yadav last month in Lucknow.

“BJP insulted my father and did not recognise his contribution to the party after his death. The chief minister (Adityanath) visited Gorakhpur hundred times in the last two years, but did not turn up at our place to express condolence. Even our request to name a road in the city after my father was ignored. BJP state president Swatantra Dev Singh visited our place only six months after my father’s death,” said Sabhavati’s sonson, Amit Shukla.

Amit had also sought a BJP ticket for Sahajanwa seat in Gorakhpur, but he did not get. “(SP president) Akhilesh Yadav-ji approached us and decided to give a ticket to my mother from Gorakhpur Urban. We are hopeful of victory,” he said.

According to the sources, the SP had also reached out to Gorakhpur Urban BJP MLA, Radha Mohan Das Agrawal, who was denied BJP ticket.
Meanwhile, the BSP has fielded a Muslim candidate, Khwaja Shamsuddin, against CM Yogi.