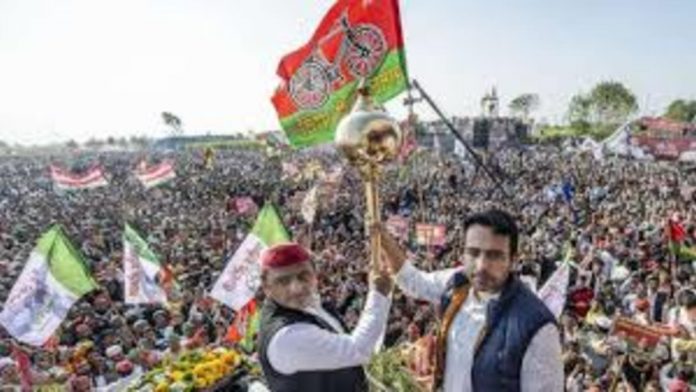 In their fight against ruling BJP in Uttar Pradesh, Samaajwadi Party and Rashtriya Lok Dal alliance have released their first list of candidates on Thursday for upcoming assembly polls in February-March. The list contains 29 names of which 19 are from RLD and the remaining from SP. The other list of candidates will be announced soon for the first two phases of elections.

Assembly elections in Uttar Pradesh will be held in seven phases for which counting will be held on March 10.

And the third page of list contains the rest of names that include Kunwar Singh Wakeel and Madhusudan Sharma on SP tickets while the candidates on RLD ticket include Pradeep Chaudhary Guddu, Tejpal Singh, Pritam Singh, Babita Devi, Mahesh Kumar Jatav, Brajesh Chahhar and Rautan Singh.

The dates on which the seven phases of elections in the state are February 10, February 14, February 20, February 23, February 27, March 3, and March 7.
The elections will start from western Uttar Pradesh, which will gradually end towards the eastern part of the state. Voting in first phase will take place on 58 seats.