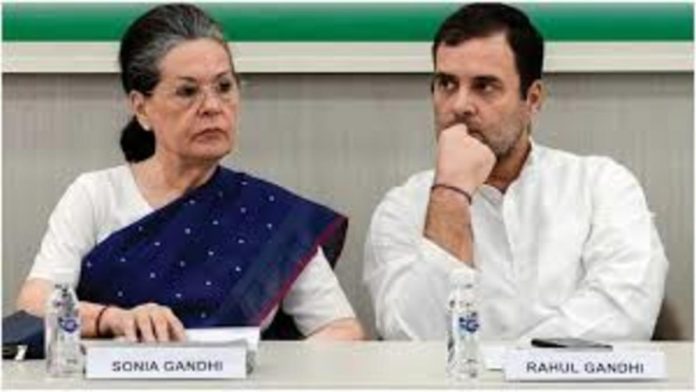 In her opening remarks at Congress Working Committee (CWC) on Sunday, Congress President Sonia Gandhi said that all the three members of Gandhi family are ready to resign from their positions if members of the party want. However, the party members unanimously rejected it and again showed their trust in Ms. Gandhi’s leadership.

During it’s four-hour long meeting for discussion over it’s failure in recent assembly elections in five states Uttar Pradesh, Uttarakhand, Punjab, Manipur and Goa, the CWC has called the situation as “serious” and has decided to hold a “chintan shivir” (brainstorming session) immediately after the second budget session of Parliament that will end in second week of April.

The Congress President will now work out a strategy to strengthen the party power and hold another meeting before the chintan shivir to discuss the new drawn strategy to all it’s party members for all upcoming elections in 2022, 2023 and the Lok Sabha elections in 2024.

“The recent Assembly election results of five States are a cause of serious concern for the Indian National Congress. The party accepts that due to shortcomings in our strategy we could not effectively expose the misrule of BJP governments in four States and overcome the anti-incumbency in Punjab in the short time after effecting a change of leadership,” said party general secretary K.C. Venugopal reading out from a statement.

“The CWC unanimously reaffirms its faith in the leadership of Ms. Gandhi and requests the Congress President to lead from the front, address the organisational weaknesses, effect necessary and comprehensive organisational changes to take on the political challenges,” he

further read while addressing media.
When media asked about Gandhi family’s resignation, party chief spokesperson Randeep Surjewala did not bluntly deny but said internal discussions within party can not be discussed with the media.

After party’s hard failure in assembly elections, the G-23 members – the group who had in August 2020 written to Ms. Gandhi for bringing internal reforms -had called for an immediate meeting at the residence of former leader of Opposition in Rajya Sabha, Ghulam Nabi Azad.

During the meeting, Mr. Azad reaffirmed his faith in Ms. Gandhi’s leadership but also stressed on the party’s continuous failure since 2014 when the BJP came into power under the leadership of Prime Minister Narendra Modi.

He said, the party since 2014 has lost 39 out 49 elections. Mr. Azad repeated his earlier suggestion of having a common platform of like-minded parties to fight against BJP attempts.

To this, Ms. Gandhi replied that other parties will only ally with Congress when they see that the party has strengthened itself and the party has not seen much success in last many attempts.