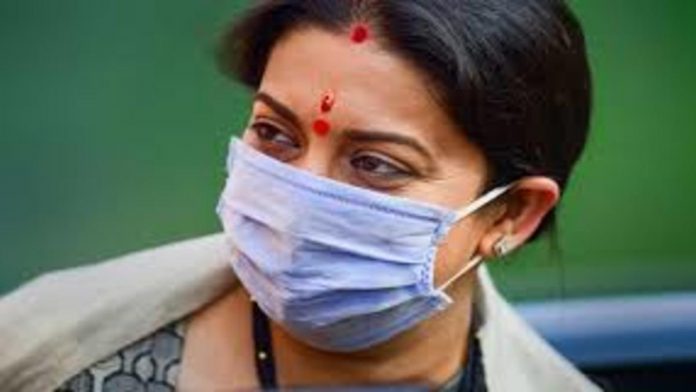 Smriti Irani, a Union Minister, took aim at the Delhi government’s new excise policy on Friday, calling it “shocking” that booze vending machines were being set up near schools and sacred sites.

She said that Chief Minister Arvind Kejriwal, “the leader who talked of Swaraj and wrote in his book about picketing booze shops and closing them down, was now researching ways to open liquor outlets in each ward,” while speaking at a virtual rally organised by the Delhi BJP.

The Delhi BJP has been contesting the new liquor policy months before the MCD elections in the capital.

The BJP, according to Irani, would continue to protest till the policy is reversed. “The Kejriwal administration has sent a message to the public that it is willing to go to any extent for profit.” “I’d want to question the AAP government who will be held accountable for the families that will be destroyed in this quest… if money collected from the sale of alcoholic beverages can ever be used for development,” she remarked.

Deputy Chief Minister Manish Sisodia previously stated that the number of liquor stores in Delhi has not grown — there were 850 liquor stores in 2015, and only 501 were opened under the new excise regime.

The Delhi government has exited the liquor sector, redistributed outlets across the city, and collected excise revenue upfront under the new policy. In the meantime, the three MCDs held by the BJP have shut down several liquor stores in recent months for alleged violations of the Master Plan and other regulations.

The AAP retaliated by alleging a “nexus” between the BJP and the liquor mafia, through which it earned Rs 3,500 crore. “The new policy has broken the back of the booze mafia, and the BJP’s unlawful earnings have ceased.” BJP officials, rattled by this, are peddling lies…,” it said in a statement.