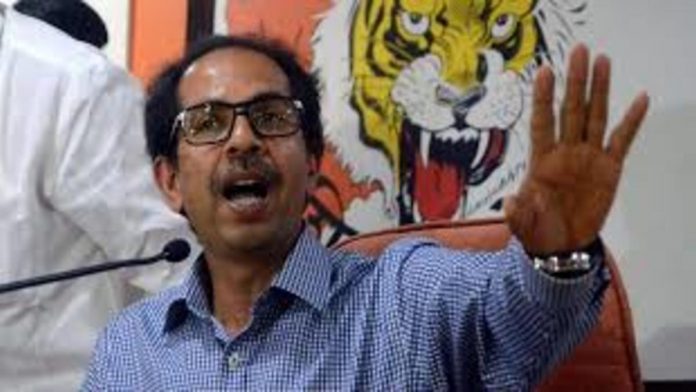 Chief Minister Uddhav Thackeray, at his most aggressive in recent times, attacked the Bharatiya Janata Party (BJP) for posing a real threat to Hindutva, invading state sovereignty, and harming opposition leaders and their families through the use of Central agencies in a bid to wrest power by hook or crook. Thackeray was speaking in Matunga’s Shanmukhananda Auditorium during the Shiv Sena’s annual Dussehra rally. He urged party members to emulate West Bengal and rally all Hindus in Maharashtra, Marathi and non-Marathi, to defeat the BJP’s divide-and-rule strategy.

Sena is indestructible
“My fortress is impregnable.” If there are any attempts to attack the Thackeray family, we will teach them a lesson right there and then. “Skulls will break, but my citadel’s walls will not fracture,” he remarked, referring to the usage of Central agencies. “At the end of this month, we will have served in the government for two years. Bring down my administration without using agencies like the CBI and ED, if you’re so brave,” he said, adding that the BJP’s game of “raiding individuals for political revenge” will not endure long. He referred to those behind the ‘evil scheme’ as feeble and power-hungry.

“I’m not speaking as the head of the government, but as a leader who believes in the strength of my sainiks,” he added, adding that the time has come to demonstrate the might of ‘Har Har Mahadev’ to the throne of Delhi (victory chant of Maratha forces that had won the Delhi).

Hindutva is under threat
“An RTI response a while back stated that Hindutva was safe. However, I believe that neo-Hindus pose a serious challenge to Hindutva today. Only Bal Thackeray stood rock solid (to protect Hindutva) when it was threatened, he added.

Thackeray pleaded with the Rashtriya Swayamsevak Sangh (RSS) chairman to guarantee that his followers heeded his Hindutva sermons. “Your own people do not follow your Hindutva advise, which defines Hindutva as nationalism. When we leave home, we keep our Hindutva at home and think of the nation. According to Mohanji, we all share the same forefathers in India. Are opposition parties’ forefathers from other worlds? In Lakhimpur Kheri, why were they killed? “Do you agree with this, Mohanrao?” he inquired.

He claimed that true Hindutva was about treating everyone equally. “As CM, I treat everyone equally. “The Sainiks may have attacked someone in a circumstance that existed at the time, but have they sparked any communal riots since then?” he inquired.

The Sena joined hands with the BJP, according to Thackeray, since it shared ideology with the RSS. “The alliance fell apart because you failed to keep a commitment. “You could have been the chief minister if the promise had been maintained,” he remarked, referring to opposition leader Devendra Fadnavis, who he claims screamed “I will be back” before the polls and now shouts, “I haven’t gone (from the chief minister’s office).”

‘I had the option of leaving politics’
Thackeray claimed that he became CM as a result of a commitment he made to his father. “But I promised my father that I would make a sainik the chief minister, and I will fulfill that promise one day,” he stated, claiming that the Sena will lead a government once more, this time led by a non-Thackeray.

If the situation had been different, he said he would have left politics. “I am carrying out the responsibilities of a son. But let me state unequivocally that I am not a fakir who promises to go out with a jhola. In a rare jab at Prime Minister Narendra Modi, he stated, “My opinions aren’t that terrible.” He further chastised defence minister Rajnath Singh, claiming that he lacked the qualifications to speak about Swatantryaveer Vinayak Damodar Savarkar and Mahatma Gandhi.

He claimed that groups who had played no part in India’s independence war were now shouting “Bharat Mata Ki Jai.”

BJP is a cleaning agent
He questioned how the rulers’ perception of Shiv Sainiks had deteriorated. “It’s because he refuses to carry your palanquin and enjoys the countryside instead.” But when gutter water reaches the BJP, it becomes Gangajal,” he explained. The CM imitated a commercial in which some politicians claimed to have gotten better sleep after joining the BJP (because they did not fear raids and enforcement). He claimed that the BJP, which bills itself as the world’s largest party, had to import candidates for Assembly by-elections.

‘Preserve the federal structure’
In the 75th year of independence, Thackeray believes the country should address issues like as women’s safety, defending state sovereignty from the federal government, and restive youth.

“Let the country’s constitutional experts and intellectuals decide whether the states can survive under the Central Government’s rising power.” “I don’t want nonentities to speak,” he declared, adding that participation in the states’ daily operations denied them equal rights. “Power-hungry people are destroying other people’s families (by abusing the Centre’s powers),” he continued.

He questioned the central authorities’ invasion and their ‘agenda’ of defaming Maharashtra after drugs worth thousands of crores were seized at Gujarat’s Mundra Port. The state police, he claimed, were labeled the mafia because they sacrificed their lives during the 26/11 terror attacks and seized more drugs than the central agency.

According to Thackeray, the country’s youth are experiencing nothing but frustration. “The country has the highest number of unemployed young people.” They’re like explosives waiting to detonate beneath the seats of power.” He spoke out about the Narcotics Control Bureau’s recent “celebrity” raid. “I’m not just talking about one young person; I’m talking about the entire country, which is rife with disgruntled youngsters.”

Thackeray outlined various plans for Mumbai ahead of the municipal elections, including a war museum, a Marathi Bhasha Bhavan, and a performing arts museum. The party aired a film outlining the Sena-led government’s accomplishments over the past two years, which was a break from numerous speeches. “Please don’t start a smear campaign against Maharashtra. Accept it if you want, but then work as hard as we do,” he urged the BJP.