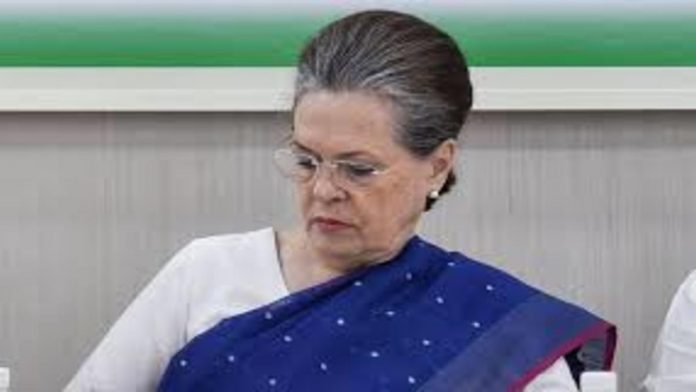 The Congress had a major meeting of its Working Committee on Sunday, after a catastrophic performance in the recently ended Assembly elections in five states, when it agreed to make some course corrections while continuing under interim president Sonia Gandhi’s leadership.

Reports examining the causes for the party’s loss were delivered during the conference, which was attended by the Congress’s highest hierarchy. Punjab in-charge Harish Chaudhary cited infighting and Captain Amarinder Singh’s late resignation as the primary reasons for the party’s inability to retain the state in one of his submissions.

At the CWC meeting, one Congress politician said that if the party’s top leadership intended to remove Amarinder Singh, they should have done so sooner since anti-incumbency had set in at that time.

Sonia Gandhi responded by claiming that she was to blame for the gaffe because she always protected “Captain Sahab” despite complaints against him.

The Congress forced Amarinder Singh’s resignation as Punjab chief minister in September 2021, months before the elections, and replaced him with Charanjit Singh Channi. In November, a disgruntled Amarinder Singh left the Congress and formed his own political organisation.

The Congress was defeated in the Punjab elections, with the Aam Aadmi Party (AAP) winning 92 of the 117 seats, leaving the Congress with just 18 seats. Other established players like as the BJP and the Shiromani Akali Dal were devastated by the AAP sweep (SAD).

Captain Amarinder Singh, who ran for the Patiala assembly seat as well, was beaten by the AAP candidate by a margin of 19,873 votes.