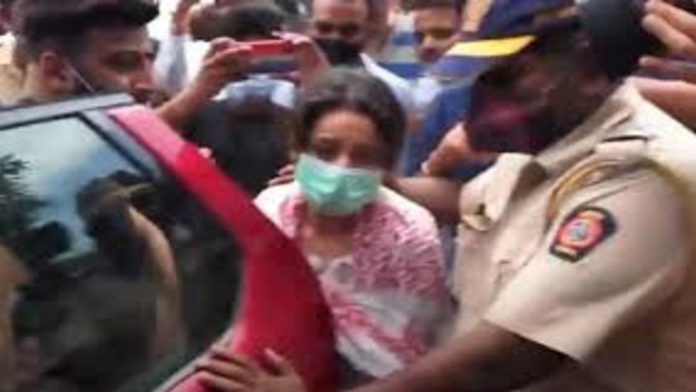 Sidharth Shukla’s supporters have been anxious about his close friend Shehnaaz Gill after his sudden demise. Sidharth and Shehnaaz, or SidNaaz as fans nicknamed them, met on Bigg Boss 13 and became great friends. Shehnaaz and Sidharth remained in touch after the show ended, and Shehnaaz usually referred to Sidharth as her family.

Shehnaaz was saddened and kept saying “Sidharth mera bachcha” while performing the last rites ceremonies with the late actor’s family, according to former Bigg Boss contestant Sambhavna Seth, who attended Sidharth’s cremation at the Oshiwara crematorium on Friday. “Before the body was put on the funeral pyre to be lit, it was kept for some time for everyone to pay their last respects. At this moment, Shehnaaz sat down at Sidharth’s feet. Post that, she even took part in the rituals,” she added.

Sidharth Shukla’s mother, Rita Shukla, was also mentioned by Sambhavana. “Aunty (Sidharth’s mother) was emotional but trying to be strong. It’s not going to be easy for her to overcome this.”

Meanwhile, according to a recent rumour, Sidharth Shukla and Shehnaaz Gill were going to marry in December 2021. The couple had told their families, who were already making plans.

On Thursday, Sidharth died after a heart attack, according to reports (September 2). On arrival at the hospital, doctors confirmed him dead. His mother and two sisters are his only survivors. Shehnaaz, who appeared with her brother Shehbaz Badesha for Sidharth Shukla’s cremation, was seen in tears.