Serum : A Reason Behind Global Shortages Of Vaccines ? 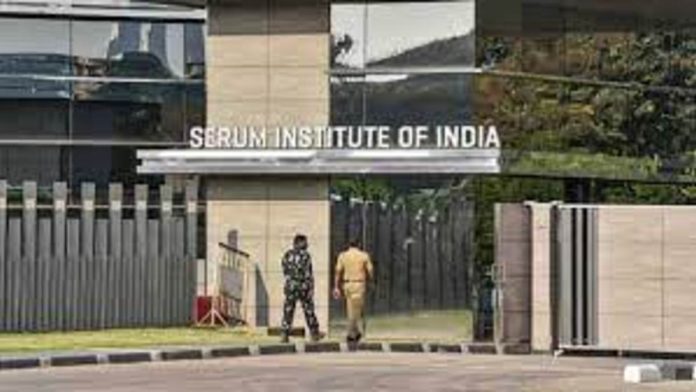 Along with India there are many vulnerable hotspots from Bangladesh to Nepal to Rwanda that are running short of vaccines to vaccinate their population as all these dependent on just one company – The Serum Institute of India.

The world’s largest vaccine manufacture, The Serum Institute of India was named a top supplier of Covid shots to Covax last year, the World Health Organization supported the initiative which aimed at securing an equitable global rollout. But the Pune based manufacturer has got multiple setbacks from a ban to exports to a fire at factory that has hindered its ability to fulfill the orders.

Covax, which has promised to supply vaccines to about 92 countries has only received 30 million doses of the 200 million doses it ordered from Serum. This Serum’s ordeal has now become a reason why the vaccination in developing countries has been failing and has become cautionary tale for depending upon just one company at the time of global pandemic.

The demands have risen since the WHO and public health experts had warn that poor vaccination may fuel the emergence of dangerous variants and extend the global pandemic. However, its not just Serum which is failing to meet the demands but there are many other manufacturers too who are facing the same issue but Serum’s shortfalls are so much in trend because many countries including Covax are heavily dependent on it.

The failure in meeting overseas demands comes after the Indian government had banned exports amid the country’s devastating second wave.

Last year, the chief executive officer of The Serum Institute of Indian Adar Poonwalla had said that the company will produce 400 million doses for low and middle-income countries by the end of 2020. But in a month in 2021 it only produced 70 million doses because the Indian government did not provide any license to the company and there were not enough warehouse to store the vaccines.

A bunch of countries had additionally gone into direct contracts with Serum and are now running to find new providers. In Nepal – which is battling with a grim outbreak that is even arrived at base camp of Mount Everest – the government says it’s gotten just 50% of the 2 million shots it ordered from Serum, situated in the city of Pune in neighboring India. The remaining were about to arrive by March.

The director of the family welfare division at Nepal’s health ministry, Tara Nath Pokhrel said, “We are struggling with the shortage of vaccines”.

Nepal had ordered some doses directly from Serum and some from Covax but after receiving some from both the supply has been hampered because the Indian company has been banned from exporting.

The chief executive officer at Gavi Seth Berkley said, the decision to choose Serum as a major Covax supplier “was based, largely, on the company’s massive production capacity, ability to deliver at low cost and the fact that its vaccine was one of the earliest to gain WHO emergency use listing,” Gavi has been facilitating Covax and helping fund its orders.

Berkley also said that the Serum Institute is however expanding its capacity to produce more vaccines but the Covax and the developing countries are keeping up with finding new suppliers as the Serum institute has said that the exports are unlikely to resume at least by the end of 2021 given the needs of its homeland.

Mr Adar Poonawalla, who became the CEO of the Serum Institute in 2011 had said that Serum had long been the supplier of measles and polio for the developing nations but now has revealed it position at the center for the historic Covid vaccine rollout. In late November, he showed Prime Minister the third factory of the Serum Institute which was suppose to allow the manufacturer in manufacturing a billion Covid doses in a year.

But the situation changed, so did Poonawalla’s estimations in public forums and to the media.

In an interview in November, he had said that Serum would produce 100 million doses and keep them in reserve by the end of the year but later in January, he lowered it to even 70 million.

Talking to Bloomberg Mr Poonawalla told the inconsistency in production and supply was due to lack of warehouse storage to store the vials after slower than anticipated regulatory approvals in India. The Serum Institute had in December also demanded for a license from the government.

In January, the Institute faced a fire at one of its factory in Pune. The CEO first told that fire would not impact the production as it had not caused any big damage but later it was revealed that the fire had led to losses of equipment and delays in putting on additional manufacturing lines, hampering expansion, told a source familiar with the matter.

At that time, Serum did not respond to any of the questions from the Bloomberg and a spokesperson of the institute said the CEO Adar Poonawalla was not available for the interview.

Currently, India is also facing a shortage of vaccines as the vaccination drive which was started in January got off to a slow start and the central government was also not sure about how much it will order from the Serum Institute. This left the company unclear about its production capacity. But from February, as the cases started rising and in March the devastating second wave had emerged in India which suddenly shot up the demand for vaccines that has resulted in the prevailing shortage of the vaccines.

Kangana Ranaut now comes up with her another statement in which she wants India to be renamed as Bharat.   Since the Twitter has shut...
Read more
In Focus

‘Yoga Was Originated In Nepal Not In India,’ Nepal PM KP Sharma Oli

Nepal Prime Minister KP Sharma Oli on Monday in his address on International Yoga Day said that Yoga was originated in Nepal not in...
Read more
SPOT LIGHT

Why ‘The Third Front Meeting’ So Much In Question ?

Veteran politician official Sharad Pawar is "not hosting a third front meetung", it was final decided hours before what presently gives off an impression...
Read more
- Advertisement -