SC’s Rejection To Devas Multimedia’s Appeal Is A Proof How UPA Made Scams : FM Sitharaman 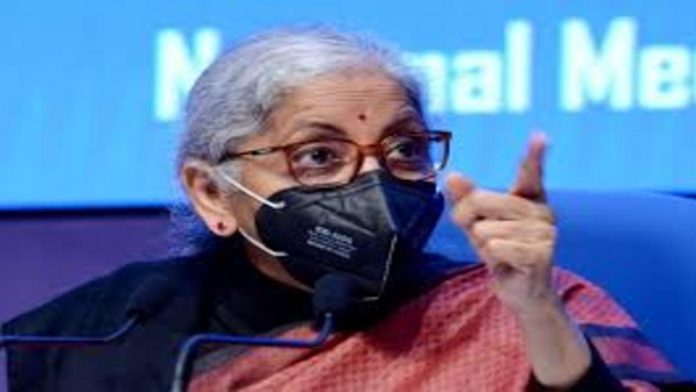 The Supreme Court’s decision on the Devas concerns has once again demonstrated how the Congress Party has produced national-level scams, according to Finance Minister Nirmala Sitharaman.

Sitharaman launched an attack on the Congress Party, claiming that the former United Progressive Alliance (UPA) administration signed an agreement riddled with errors.

On January 17, the Supreme Court dismissed Devas Multimedia’s appeal of a court order to wound up the company. Devas Multimedia Pvt Ltd’s appeal was denied by a bench consisting of Justice Hemant Gupta and Justice V Ramasubramanian. In its legal battle with Antrix Corporation, the commercial arm of the Indian Space Research Organisation, this was the final verdict against Devas (ISRO).

“The Supreme Court has given a comprehensive order. This is a proof of how the Congress Party, when in power, misuses its position and lows the sale of resources of India for a pittance,” Finance Minister Nirmala Sitharaman said. She added that 85 percent of the funds have been siphoned off.

According to the NCLT, Devas Multimedia was founded with the deceptive intent of colluding and conspiring with former Antrix Corporation employees in order to get bandwidth through a 2005 agreement that was later cancelled by the government. Devas Multimedia and its shareholder Devas Employees Mauritius Private Ltd contested the ruling at the NCLAT’s Chennai bench, which dismissed the petition.

“The agreement was signed by the erstwhile UPA government in 2005, and post the agreement, it took 6-full years for the UPA itself to cancel the order in 2011. Even when they cancelled it, glimpses of what was completely wrong, against national security – that it was a fraud against the people of India – was obvious. Just a couple of months before the cancellation, a sitting minister was arrested in the UPA government,” Sitharaman stressed.

Arbitration headache
She said even internationally arbitral orders are upcoming just to highlight ‘what this greed of the UPA has done.’ “They may have cancelled the order in 2011, but our Government under PM Modi is fighting in every court to make sure this fraud doesn’t go away,” she said.

The administration, according to Sitharaman, will underline the Supreme Court’s recent decision at international fora where arbitration proceedings are ongoing. Devas Multimedia is currently pursuing $111 million in damages over a failed 2005 agreement.

Investors in Devas Multimedia are pursuing the seizure of cash deposited by Air India and the Airports Authority of India with the International Air Transport Association (IATA). On January 8, the Superior Court of Quebec in Canada declared Air India to be an alter ego of the Indian government and ordered the seizure of half of its IATA funds.

On the appeal of Mauritius investors in the Devas company, the same Canadian court allowed the freezing of assets of the Airports Authority of India (AAI) and Air India (AI) last year.

According to the winding-up case filed by ISRO’s commercial arm before the NCLT, Antrix Corporation’s then officials, including its chairman, signed a contract on January 28, 2005. This was terminated on February 25, 2011, because it was obtained fraudulently with the help of officials at the time. According to Antrix, the CBI and Enforcement Directorate have discovered fraud in the execution of the agreement.

Later, the CBI submitted a charge sheet, and the ED began PMLA proceedings. The Ministry of Corporate Issues (MCA) had also launched a probe into Devas Multimedia’s affairs, but the Delhi High Court granted a stay.