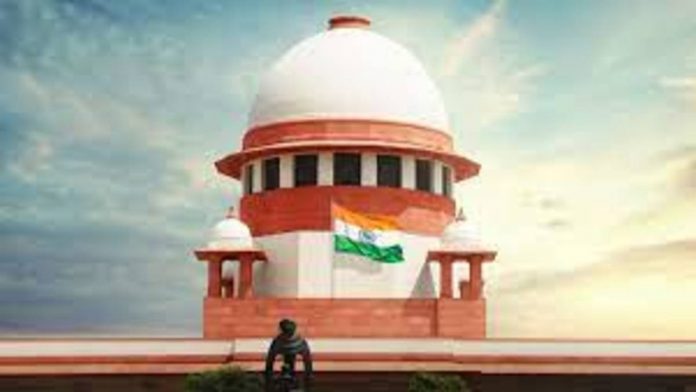 The Supreme Court on Monday asked the Central government to modify its vaccination policy that requires states to pay more for Covid-19 vaccines with ensuring that marginalised and rural population is not left out because of the digital divide.

Solicitor general Tushar Mehta on the behalf of the government said that the entire population of the country will be vaccinated by the end of this year.

Resuming its hearing about the suo motu case on handling of the second Covid-19 wave, the top court was earnest that the Central government’s policy came up short on a “vision” and it didn’t consider various significant aspects to handle issues in present and in future.

The bench headed by equity Dhananjaya Y Chandrachud, commented that “policy makers must have their ears to the ground” as it hailed a few areas of concern, inquiring as to why states needed to pay more than the Center for the vaccination, and how the Center intended to guarantee individuals in rural regions to get the vaccine when registration on the CoWIN platform is compulsory. Appearing on the behalf of the Centre solicitor general Tushar Mehta informed the court that the Center has expected to vaccinate the whole population of the country before this year ends, as he additionally looked to legitimize the double pricing of vaccines. About compulsory registration on CoWin, the SG said it was done taking into account limited health infrastructure and to overcrowding at the centres.

While the bench led by judges L Nageswara Rao and S Ravindra Bhat, stayed neutral with the entries and regretted that the Center didn’t appear to have paid notice to ideas mooted by the court in its April 30 order on vaccine pricing and rural health care.

“You smell the coffee and see what’s happening across the country and change your policies. It cannot be a day-to-day ad hoc response to as and when problems occur. Absent guidelines and absent policy, you will have ad hoc decisions. There has to be a clear-cut policy of decision making and a vision for the present and for the future, which is perhaps lacking today. We will like your policy to be amended,” it said. Asking the government to show a “little bit of flexibility”, the court said that it was not enough for the Centre to claim only it knew what was best for the people and that they must also remember that “our arms are strong enough to come down” if there was continued resistance to consider changes. “…Ability to recognise that we have gone wrong is not a sign of weakness but a sign of strength. Our idea is to initiate a dialogue so that we can strengthen the arms of the nation,” said the bench, giving the government two weeks to come back with a detailed response. It emphasised that the Union government ought to negotiate globally and procure vaccines for the entire country “in a national crisis” rather than leaving states in the lurch.

“What is the rationale behind this dual pricing policy? Centre procures at a certain price but does not want to tell the manufacturers at what price they should give it to states. If the Centre can justify its lower pricing due to block supply, why cannot it procure the vaccines for the states under the same rationale? Ultimately, you have to ensure everyone gets vaccinated at the same price for all sections,” it said.

The bench added that the rule of those over 45 years being the weak class for Covid-19 has seen a change with a lot under 45 losing their lives because of the infection in the second wave. “Can there be a justification for the Centre to now say that we will only take care of those who are above 45? We are aware that we don’t have time to enter the realm of policy making but your policy has to be logical and reasonable,” the bench said, requesting that the SG get unequivocal guidelines on the following date if the Center was prepared to behave like a national body for acquisition of vaccines.

The bench further, questioned the feasibility for all the marginalised and those in rural areas to get themselves registered on the CoWin portal.

“What about the digital divide? You can keep saying Digital India, Digital India. Digital India is alright but can a poor migrant worker from Jharkhand or from Rajasthan get himself registered on CoWIN? Is that possible? How are you answering the digital divide? How are you going to ensure migrant workers can get themselves registered and get vaccinated?” it questioned. While the SG said that stroll in registrations have started in certain conditions, the bench called attention to there is no approach on record in regards to this or to show how and why the Central government chose to introduce differential pricing of vaccines for the 18-45 age group.

“You cannot say if you don’t register on CoWIN, we will not vaccinate you. Ground reality is that 70% of vaccination is only in urban areas. Vaccines are not reaching the rural areas. If there is a policy document, we want to see what is the policy in black and white. We don’t want to go by the affidavit to say it is evolving; it is dynamic, etc. We want to see what’s the rationale,” it told the SG. It added that no strategy was cut in stone and that the government’s new approach needed to meet the trial of sensibility and fairness, aside from guaranteeing right to life that included right to public health.

“You have to have a policy which is clear-cut, deal with all the issues and provide guidance to states and other institutions in terms of not only present but also in terms of the future. We will also request you to produce the policy document along with the file noting on it. So that we know what prompted you to change the previous policy. The only issue that we are seeing today is that of vaccination policy. The dialogue will continue. If you change the policy, well,” the bench said. The bench had also said that it will issue an order over the proceedings, which however, was not released on Monday.