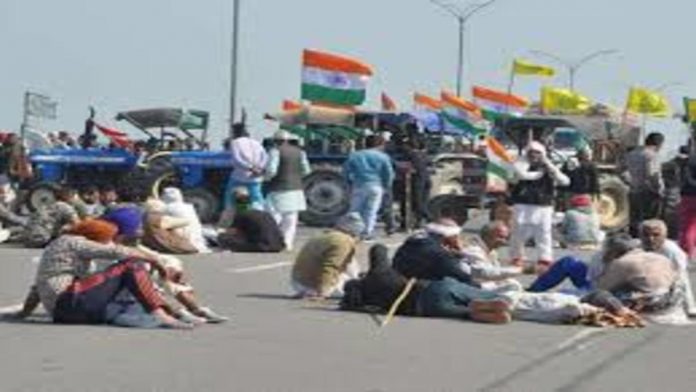 The Supreme Court has slammed the Centre and state governments for continuing to allow rallies to cause road blockades and congestion, only days after the farmers’ Bharat Bandh caused enormous traffic jams on the Delhi-Haryana border.

“On the lighter side, if we intervene and pass directions you will say the court is encroaching. They may have a serious grievance but they cannot perpetually close the highway,” observed the Supreme Court.

It further added, “They have a grievance, but the other people can also have a grievance that they are stuck on the road. Something happened two days ago. For one day, that’s fine, but the highway cannot be blocked permanently.”

On Monday, 40 farmer unions staged a Bharat Bandh from 6 a.m. to 4 p.m., resulting in numerous demonstrations and rallies across the country and severe traffic chaos along the Delhi-UP-Haryana border. A national highway connecting Ghaziabad and Nizamuddin in Delhi was closed by the Ghaziabad Police.

Solicitor General Tushar Mehta said, “A high-level 3-member committee was set up by the court but they refused to come to the committee saying we are not party to the petition in court.”

To this, Justice Kaul said, “You’re the executive government. If you want to add some person as party to the petition, you move a proper application saying what have you done.”

The Centre has requested the Supreme Court to allow the protesting farmers’ groups, including the Bharatiya Kisan Union (BKU), to join the PIL seeking to remove blockades from the highways surrounding Delhi-NCR.

The protesting farmer unions, according to the Centre, have refused to speak to the high-level committee. The hearing has been postponed until Monday.

The Union government has attempted to take the protesting farmer unions to court in order to resolve the standoff, which has clogged several major routes in and around Delhi for months.