SC Grills Centre Over One Rank One Pension Scheme 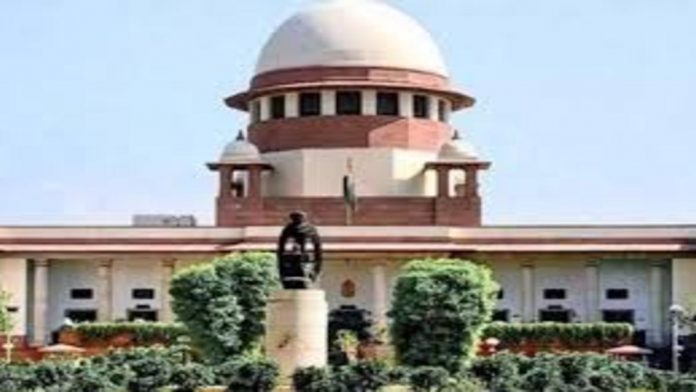 The Supreme Court ruled on Wednesday that the Centre’s exaggeration of the One Rank One Pension (OROP) scheme painted a “far rosier picture” than what is actually provided to military retirees. It requested that the Centre present information on how many people in the Armed Forces have received Modified Assured Career Progression (MACP), how many are in Assured Career Progression (ACP), and how much money would be spent if the court orders MACP to be factored in for OROP.

A bench of Justices DY Chandrachud, Surya Kant, and Vikram Nath grilled Additional Solicitor General N Venkatraman, who was representing the Centre, on whether there was any policy in place prior to the February 17, 2014 commitments on the floor of the house that the government had agreed in principle to grant OROP.

“We must contend with the absence of a statutory definition of OROP. It’s both an artistic word and a policy decision. Their (petitioners’) argument is that there is a gap between what was said in Parliament and the policy that was eventually implemented. The argument is whether or not this constitutes a breach of Article 14. Your (Centre) exaggeration of the OROP policy painted a much brighter picture than what is actually provided to retirees “The bench remarked.

“We’re curious as to how many folks have received the MACP. You’re implying that people who have earned the MACP belong to a distinct group. Will they be eligible for OROP if 80% of sepoys receive MACP? MACP appears to be a roadblock to OROP “Justice Kant stated the following.

The bench then asked Venkatraman who, according to the business regulations, is the competent authority who has made the OROP decision.

The ASG responded that the notification is the consequence of a decision made by the union cabinet.

The bench requested to view the note that led to the policy decision, to which Venkatraman replied that he could set it on record but only for the court’s eyes.

Justice Kant stated that the Centre was fully aware of the MACP when it issued the notification, as well as the fact that only a small percentage of ex-servicemen will benefit from the OROP.

Venkatraman stated that the previous government was unable to deliver on OROP, but this government issued a policy and eventually attempted to deliver.

“OROP is a term of art, not a legislative term. It’s a policy that isn’t made on the spur of the moment. More than Rs 50,000 crores have already been invested. Perhaps we should re-formulate the formula after five years “According to the ASG,

The petitioners claim that by linking OROP to MACP, the Centre has significantly lowered the benefits, effectively defeating the principle of OROP, according to the bench.

?Your policy is one rank and one pension, which is the heart and soul,? the bench said. What has actually occurred is that you have given varied pensions as a result of MACP, which has operated as a barrier to equal pensions?

The sum and substance of the Centre’s arguments, according to senior advocate Huzefa Ahmadi and advocate Balaji Sirnivasan, representing for petitioner Indian Ex-Servicemen Movement (IESM), is that they are not willing to offer OROP but will have one rank different pension.

“They stated that the periodic review period could have lasted up to ten years, but they picked five. Although a Minister’s remark on the floor of the House is not legally binding, what about the morality of such a declaration? Where in their policy does it state that MACP would not be taken into account? They’ve made arguments that go beyond policy “he stated

The bench stated that it could not impose a mandamus to compel the implementation of a statement made in Parliament. Our conclusion is that a minister’s statement made during a budget address is not enforceable. If we do it, we will be overturning 70 years of legal precedents?

The hearing was adjourned until February 23 because it was inconclusive.

The Supreme Court asked the Centre on Tuesday if, after agreeing in principle to OROP, it reversed its decision to automatically pass on any future pension increases to the retirees.

The top court took notice on a petition filed by IEMS through attorney Balaji Srinivasan on July 11, 2016, seeking adoption of OROP as proposed by the Koshyari Committee, with an automatic annual revision rather than the current policy of periodic review every five years.

The IESM has questioned the Centre’s policy of reviewing pensions every five years, claiming that this method is a dilution of the government’s February 26, 2014 declaration, which said that pension revisions will be automatically passed on to former retirees on an annual basis.