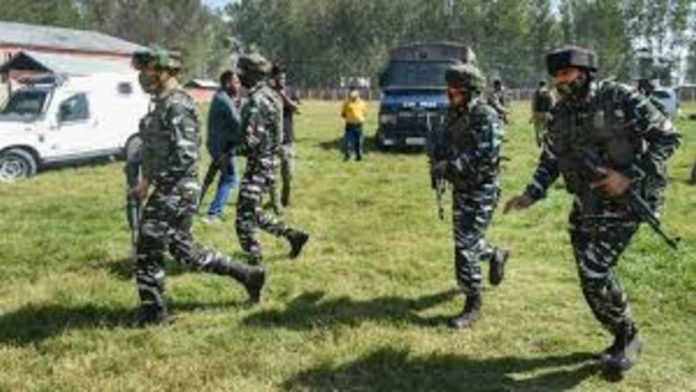 An Army officer and a soldier have been severly injured in a counter terror operation in Poonch district of Jammu and Kashmir on Thursday. A gun battle had erupted between the Indian Army and the terrorists in Poonch-Rajouri forests on yesterday evening. The incident happened just four days after the killing of five security personnel in the action.
The Jammu-Poonch-Rajouri have been closed due to the operation.

These were the same terrorists who fired on the group of security personnel late night on October 10. Out of those five who died were four soldiers and an Army officer.

The October 10 incident was an encounter which fook place in Dera Ki Gali (DKG) in Surankoge arwa of Poonch district.

“In an ongoing Counter Terrorist operation in general area Nar Khas Forest, Mendhar Sub Division, District Poonch there has been exchange of fire between army troops and terrorists during evening hours on 14 Oct 2021,” said an Army officer in a statement.

“During the ensuing exchange of fire one JCO and one soldier have been critically injured. The operations are under progress. Update follows” he further said.

Indian Army has been continuosly looking after these terrorists for four days, but they were easily escaping with the help of high hills and forest till Thursday when they came face to face with the army.

This was an another incident amid regular terrorist attacks and ceasefire violation across LAC with Pakistan for last few weeks.