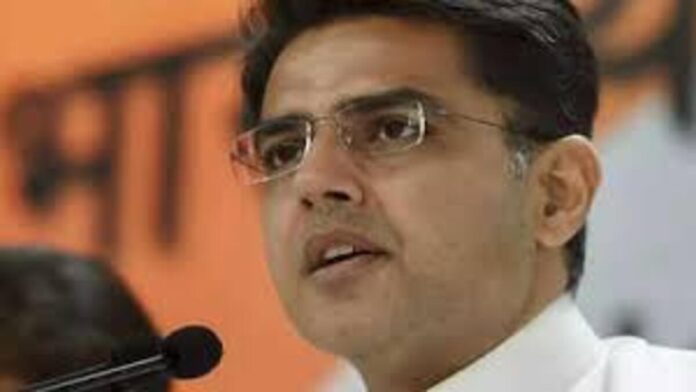 Former Deputy Chief Minister Sachin Pilot will engage in a show of strength in the state’s Marwar region on Monday ahead of the vital Rajasthan assembly elections this year.

The Tonk MLA will hold Kisan sammelans and meet people from various walks of life in Rajasthan’s Nagaur, Hanumangarh, Jhunjhunu, Pali, and state capital Jaipur this week in an effort to send a clear message to the Congress high command.

According to speculation, the Pilot camp has been dissatisfied with what it sees as a delay in the Congress high command’s decision over a leadership change in the desert state. Pilot had been attempting to persuade the high brass that changes must be made quickly if the party wanted to be taken seriously in the next assembly elections in a state where the Congress has failed to guarantee successive term for its government for more than two decades.

Pilot stated in a speech from the previous year that he wanted the Congress party to make a decision quickly over a leadership change in Rajasthan. Additionally, he had stated that the Congress Legislature Party (CLP) meeting, which was supposed to take place in September of last year but did not, should shortly.

Pilot, who is eager to assume the role of chief minister, has gone ahead and declared that he will be interacting with people through public gatherings in this election year, which is thought to be vital for his political future.

Pilot announced his campaign schedule on Twitter and stated, “I will be among people and workers in several districts of Rajasthan.”

Pilot will conduct daily public meetings and contacts in important constituencies beginning on January 16 with Nagaur. This will be followed by events at Hanumangarh, Jhunjhunu, Pali, and Jaipur on January 17, 18, and 20, respectively.

A number of party MLAs, including ministers in the Rajasthani government, are said to have held a separate meeting at the official residence of Shanti Dhariwal, a minister for the Rajasthan UDH, before proceeding to submit their resignations to the Assembly Speaker, allegedly derailing the September CLP meeting.