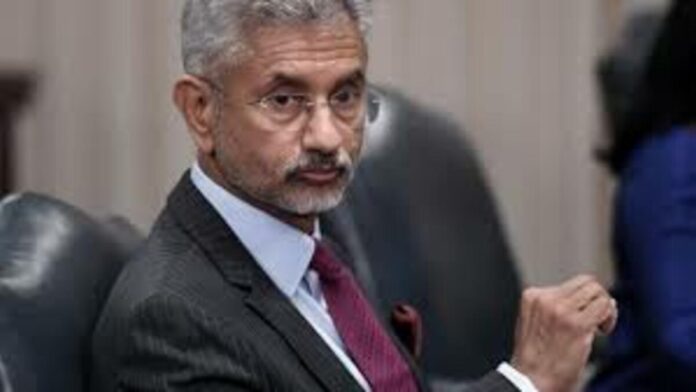 On Monday, the foreign minister of India, S Jaishankar, who is now abroad in the United States, spoke out in favour of repealing Article 370 in Kashmir and attacked those who have questioned the suspension of internet access during times of law and order. The great song and dance over the internet going down: “What can I say if you’ve gotten to the point where you believe an internet cut is more harmful than human lives being lost?” Jaishankar proclaimed.

He added: “What was a temporary constitutional provision of Article 370 was finally put to rest. This was meant to be a majoritarian action. Tell me, was majoritarianism not what was occurring in Kashmir. I believe that the facts are skewed. It is contested what is right and wrong. Politics is actually at play here.

Three years have passed since the central government led by the NDA repealed the provisions of Article 370 of the Constitution, which granted Jammu and Kashmir special rights. On August 5, 2019, the state was split into J&K and Ladakh, two union territories. At the time, the government hailed the action as “historic” and referred to it as an effort to “unite and integrate” India. Concern has frequently been expressed about the law and order situation in J&K, which borders Pakistan and has an impact on internet services.

Jaishankar has been busy engaging with people while in the US. In the most recent update, he posted pictures from his meeting with US defence secretary Lloyd Austin on Twitter.

“An important tenet of the current India-US collaboration is cooperation in the fields of defence and security. We took note of the consistent advancements in military-industrial collaboration, policy interchange, interoperability, defence trade, and service exercises “Tweeted he.