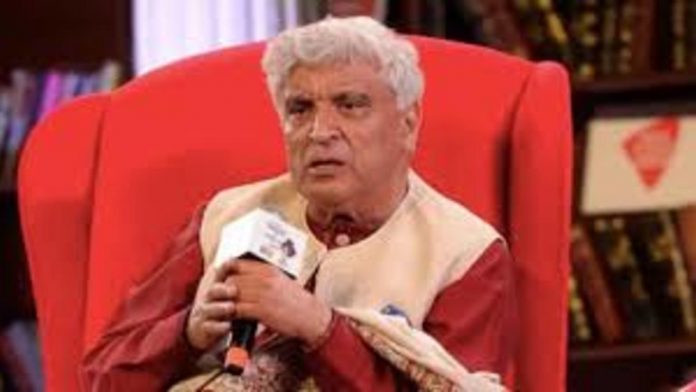 A criminal lawsuit seeking Rs 100 crore in damages has been filed against Javed Akhtar, while a lawyer has sent a legal notice to the Bollywood lyricist for allegedly making “false and defamatory” remarks against the Rashtriya Swayamsevak Sangh (RSS).

Dhrutiman Joshi, an advocate and RSS activist, has filed a criminal defamation action against Javed Akhtar with the Kurla magistrate court.

On September 4, Joshi saw a news show in which Javed Akhtar drew analogies between the Taliban and Hindu organisations in order to “vilify and defame all the organisations working for the Hindu cause,” according to Joshi.

Joshi alleged that Javed Akhtar claimed that “RSS has become a cancer that has spread throughout society” in his complaint.

He went on to say that Javed Akhtar’s words were well-thought-out and meant to discredit the RSS and dissuade, denigrate, and mislead anyone who have joined or are considering joining the RSS.

Joshi went on to say that he had been humiliated and slandered in the eyes of the general people.

Joshi claimed that Akhtar stated his opinions without evidence and despite the fact that the country’s highest democratically elected officials, including the current President, Vice President, Prime Minister, and other Cabinet Ministers, are RSS followers and members.

“The accused has desperately failed to prove that even one member or supporter of RSS has acted like the Taliban and taken over a state or country undemocratically and if he has spotted a gun-toting RSS supporter,” added Joshi.

The Kurla magistrate court will hear Joshi’s petition on October 30.

Apart from Joshi, a Mumbai-based lawyer and RSS worker issued a legal notice to Javed Akhtar on Wednesday, accusing him of making “false and defamatory” remarks about the RSS and demanding an apology.

Santosh Dubey, the lawyer, claimed that Javed Akhtar’s interview had harmed “the RSS’s image and dignity.” Javed Akhtar had succeeded in defaming the RSS and its volunteers, according to his complaint.

If Akhtar does not issue a “unconditional written apology” and remove all of his statements within seven days from receipt of the notice, Dubey claimed he will file a criminal action seeking Rs 100 crore in damages.