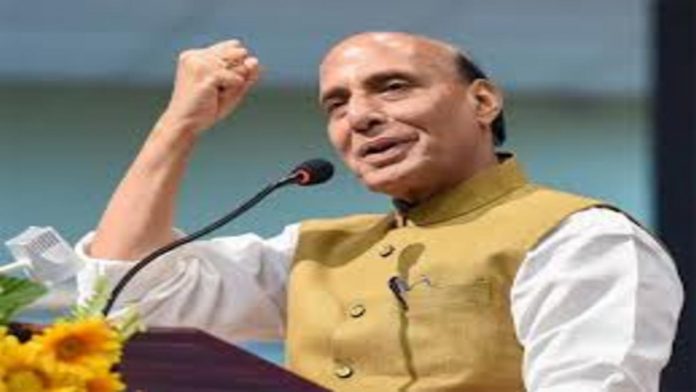 Defense Minister Rajnath Singh believes that the BJP would reclaim power in Uttar Pradesh, shattering the fallacy that a government cannot hold power in a state. Rajnath Singh concedes that Yogi Adityanath’s tenure is over, and explains why.

Excerpts from a discussion about elections and other topics.

Question: There has never been another BJP government in Uttar Pradesh. Do you believe this time the myth will be debunked?

Rajnath Singh: Without a doubt. We’ll get the same result for the BJP as we did in 2017. There may be a small difference, but our party will surpass the 300-seat threshold. The election’s final phase is in Poorvanchal, and we’ll take a significant lead from there. This time, good administration and progress will debunk the misconception. The notion of remaining on as Chief Minister for five years, travelling to Noida, not going to Noida, and not forming a government will be debunked.

Question: You are highly familiar with Uttar Pradesh. Is the mafia’s hegemony over?

Rajnath Singh: It’s almost over. People who engage in illegal activities are in a state of panic as a result of the government of Yogi Adityanath’s stern stance. No one has the courage to defy the law right now.

Yogi Adityanath, the Chief Minister of Uttar Pradesh, is known as ‘Bulldozer Baba.’ This noun is chastised by the opposition. What are your thoughts?

Rajnath Singh: It’s only that the methods they used to maintain peace and order were really efficient. Bulldozer is a game that aims to demolish the mafia system in favour of the common guy. Bulldozers are also used in development projects. It is employed in all major projects nowadays. Is it true that the opposition has no problems? They are perplexing. By operating a bulldozer, one does not become ‘Bulldozer Baba.’

Question: Do you have anything to say to the residents of Poorvanchal?

Rajnath Singh: We’ll live up to their high expectations. People should recall former Prime Minister Rajiv Gandhi’s remark that just fifteen paise of a rupee reaches them from Delhi. This viewpoint has shifted. Now, if you offer someone 6,000 rupees, they will receive the complete sum. Only by reducing corruption was this possible.