Rajasthan CM embarrassed after receiving unexpected reply from a teacher 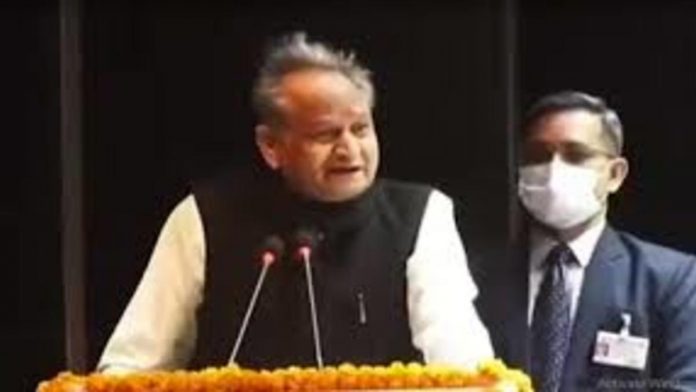 On Tuesday (November 16, 2021), Rajasthan Chief Minister Ashok Gehlot was embroiled in an embarrassing scenario when teachers at a state-level award event in Jaipur answered “yes” to a question regarding the prevalence of bribery in education transfers.

Gehlot was referring to the necessity for a transparent transfer procedure for teachers, one in which they are aware of the length of their contracts.

“We’ve heard that money is occasionally required for transfers. I’m not sure whether it’s true…was money exchanged?” He inquired.

“Yes,” the teachers in the crowd said as they applauded the question that had been posed to them.

The Chief Minister, clearly taken aback by the response, said, “Kamaal hai” (it’s shocking) and turned to look at Rajasthan Minister for School Education Govind Singh Dotasra, who was also present on the dais.

“Teachers’ eagerness to have transfers done by paying money is quite uncomfortable. I believe a policy should be established, and you should learn whether the tenure is one, two, or three years… There will be no exchange of money, and you will not be required to go to the MLA (with requests) “After that, he responded.

Teachers, according to the Congress leader, should ensure that students receive a high-quality education in schools.

He also urged instructors to instil positive values in youngsters, claiming that teachers had discussed transfer policies, which he described as a “major issue.”

“Make a suggestion to the minister on this. There should be no discomfort as a result of the transfer policy “According to the Chief Minister.

People sought elected representatives requesting transfers, he claimed, and the minister was put under pressure as a result.