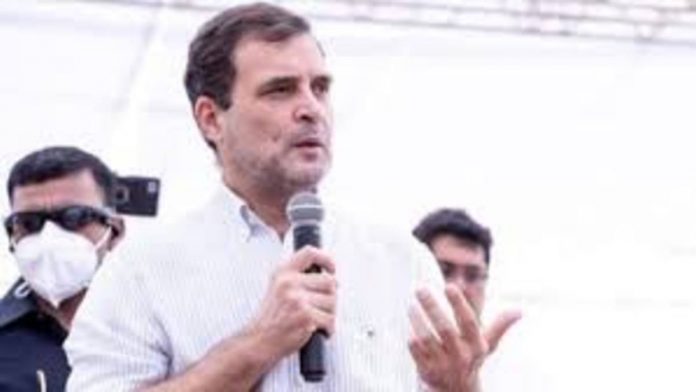 On Thursday, Congress leader Rahul Gandhi will travel to Punjab for a day-long tour, during which he would visit religious sites with 117 candidates in an apparent show of strength ahead of the Assembly elections next month.

Gandhi will go to Jalandhar by road around 12 p.m., where he will speak at the virtual rally “Navi Soch Nava Punjab” in White Diamond, Mithapur, Jalandhar, at 3 p.m.

The Aam Aadmi Party (AAP) has grown in strength, establishing itself as a powerful opposition force in Punjab.

Former Punjab chief minister Amarinder Singh has formed his own political party and is running for office alongside the BJP and the Shiromani Akali Dal (Sanyukt).

Navjot Singh Sidhu, the Congress state chief, posted his complete schedule for the day, saying that the party’s workers are looking forward to welcoming him to the state.

“On January 27th, our visionary leader Rahul Gandhi Ji will pay a visit to Punjab. On Tuesday, Sidhu tweeted, “Every Congress worker looks forward to welcoming him in Punjab.”

This is Rahul Gandhi’s first visit since the Election Commission of India imposed a ban on physical rallies at the beginning of the month.

Punjab will hold assembly elections on February 20. The results of the election will be announced on March 10.