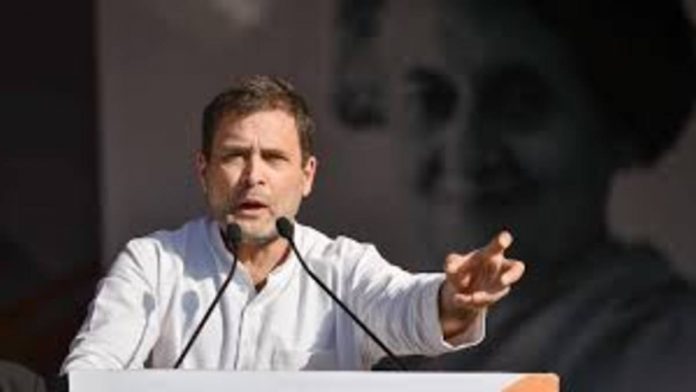 The Congress criticized the government for “extinguishing” the Amar Jawan Jyoti at India Gate, with Rahul Gandhi promising that the eternal flame would be re-lit.

“The perpetual flame that used to shine for our heroic troops will be extinguished today, which is a source of tremendous regret.” Some people are incapable of comprehending patriotism and sacrifice — but that’s beside the point… We’ll light the Amar Jawan Jyoti for our troops once more!” In the midst of a national debate over the subject, Rahul tweeted something that many have interpreted as an insult to the martyrs and an attempt to erase and rewrite history.

“Extinguishing the Amar Jawan Jyoti erected in 1971 in memory of our soldi-ers who died in the Bangladesh war is shocking and a national outrage,” Congress leader Anand Sharma said, describing the attempt to make a comparison between freedom fighters and post-1947 war martyrs as a “manufactured debate.” This is an insult to history and the martyrs’ memory. The mandate of the BJP government was to create the country, not to rewrite history. War memorials have a place, but Amar Jawan Jyoti carries the sanctity and pride of the nation.”