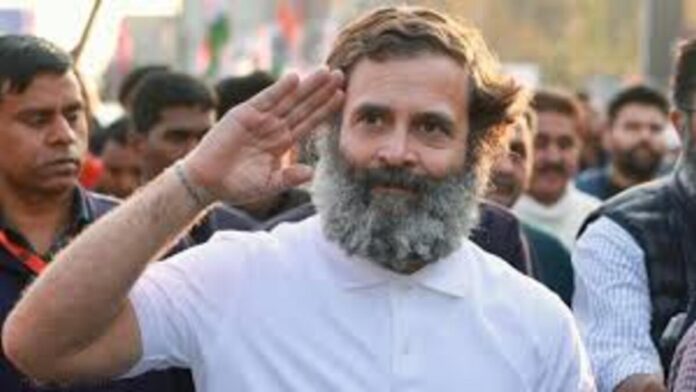 Rahul Gandhi, the head of the Congress, said he felt like he was “returning home” when he entered Jammu and Kashmir on the final part of his Bharat Jodo Yatra on Thursday. He cited his ancestors’ migration from Kashmir to Uttar Pradesh as the reason for his connection to the region.

He claimed he came here to feel the same suffering and anguish as the people of J&K. “I am aware of the immense suffering endured by the people of Jammu and Kashmir. I recognise it… Everyone has been injured and has suffered”, he remarked, addressing the large audience that had assembled to welcome him at the Pathankot-Punjab entrance point into J&K.

“I’m returning to the location from which my family migrated to Uttar Pradesh. Going back to one’s roots offers many opportunities to learn more about oneself, his or her people, and the nation.”

He continued, “Bowing my head, I have entered your nation and I want to tell you that whatever is your faith, or caste, whether rich or poor, young or old, you belong to this country.”

The Congressman claimed that his purpose in visiting J&K for the next nine days is to listen to the people, not to impart any information. Rahul is slated to end his foot march in Srinagar on January 30. He began walking from Kanyakumari in September.

He claimed that “hate, unemployment, rising costs, and the emergence of two “Bharats”—one made up of billionaires and the other of the poor—are the true problems that the nation is currently dealing with.”

He continued, “The media is only taking up topics of Hindu-Muslim and hatred.” “The BJP, RSS, top billionaires of the country, and the media are working as a team to divert people’s attention from the genuine concerns,” he claimed.

The Congress politician stated, “I earlier felt it (hate) ran deep but it does not and is primarily visible on television,” accusing the BJP and the RSS of fomenting it throughout the nation.

“When they (media) pitch people following one religion or speaking one language against the other, they only want to divert public attention,” he said amid slogans of “Nafrat chhodo Bharat Jodo (leave hatred unite India)”.

The Congress leader noted that “demonetisation and GST” are being used as weapons to harm the poor, farmers, and small business owners.

He said the country is “telling a lie to its youth” by saying they can become engineer, lawyer, join the Army, or become an IAS officer. “The truth is that of the crores of children, only 1 or 2 per cent will become engineer, doctor and in today’s India, the rest will be unemployed or work as labourers,” he said.

Farooq Abdullah, a former chief minister and current leader of the National Conference, compared Rahul to Adi Guru Shankaracharya earlier in his speech at the ceremony. “Many years ago, Shankaracharya travelled from Kashmir to Kanyakumari on a pilgrimage. And today you’re doing it (Rahul),” he said.

Abdullah voiced concern over the “politics of hate and communal split being preached in the country” while pointing out that the Congress MP was marching to keep the country united.

Before he closed his eyes, he declared, “Before I close my eyes, I want to see my secular Hindustan again where everyone is valued. This is not Gandhi’s (Mahatma Gandhi) Bharat, or Lord Ram’s India.”

Ashok Gehlot, the chief minister of Rajasthan, Digvijaya Singh, Jairam Ramesh, Abdullah, and Muzaffar Shah from the Awami National Conference were prominent figures on the dais with Rahul. There were also senior J&K Congress officials present.