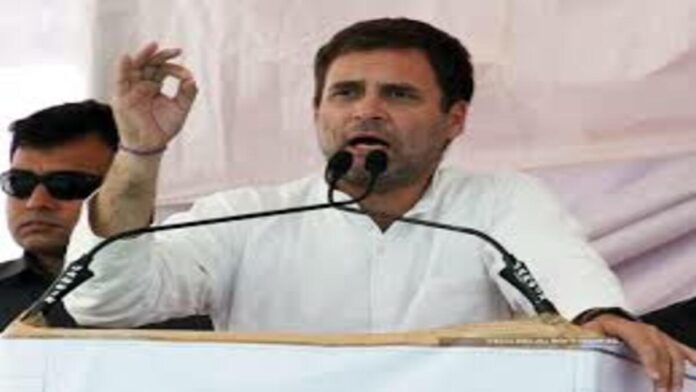 Rahul Gandhi, the head of the Indian National Congress (INC) and a member of parliament from Wayanad, is unlikely to run in the party’s upcoming election for president on October 17, according to news agency ANI. This occurs despite the fact that Gandhi was endorsed for the office of party president by the Congress Pradesh Committees of Rajasthan, Chhattisgarh, Gujarat, Tamil Nadu, Maharashtra, Bihar, Jammu and Kashmir, and Mumbai.

The Wayanad MP has started his Bharat Jodo Yatra, which would extend all the way to Jammu and Kashmir. It began in Kanyakumari. Rahul Gandhi will enter Karnataka on September 29. He is currently in Kerala.

It should be noted that the deadline for submitting nominations for the Congress Party President election is September 30. Rahul Gandhi is unlikely to run for the party’s presidency, according to Congress members knowledgeable of the situation, as he will not return from the Bharat Jodo Yatra to Delhi, according to news agency ANI “.

Rahul Gandhi, who resigned from the position following the 2019 general election fiasco, is now again gaining support as voting for the new Congress president approaches. The “Make Rahul Gandhi AICC president again” campaign was launched even though there was still uncertainty and suspense about whether the Wayanad MP would take control of the party “With more than a dozen state units seeking his promotion to the top position so far, the chorus for his elevation continues to get louder in the Congress.

Congress units in Mumbai, Tamil Nadu, Maharashtra, Bihar, and Jammu & Kashmir all voted resolutions on Monday, September 19, urging Rahul Gandhi to be elevated to the position of president.

Shashi Tharoor, an MP from Thiruvananthapuram and a member of the G-23 in the Congress, met with interim president Sonia Gandhi earlier on Monday, according to persons with knowledge of the issue, and she gave him the go-ahead to run for Congress president in the upcoming election.

Ashok Gehlot, the chief minister of Rajasthan and a prominent member of the Congress, is the subject of additional rumors that he would run for president. Additionally, according to some party employees, Gehlot would attempt to persuade Rahul Gandhi to assume the reins rather than vying for the role himself.

The Bharat Jodo Yatra, meanwhile, started on Tuesday from Cherthala. The 15-kilometer Yatra led by Congressman Rahul Gandhi will continue until Kuthiyathodu in Alappuzha.

The 3,500 km march from Kanyakumari to Kashmir will take 150 days to complete and pass through up to 12 states. The Yatra will depart from Kerala and travel through the state for the following 18 days before arriving in Karnataka on September 30. Before traveling further north, it will spend 21 days in Karnataka. Every day, the Padyatra (march) will travel 25 kilometres.