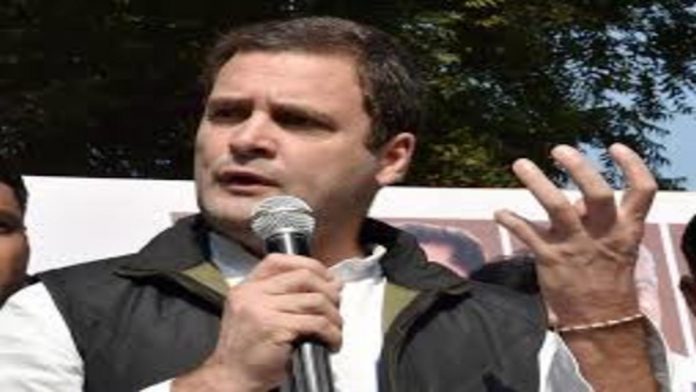 Rahul Gandhi, the Congress leader, accused the BJP government of disregarding the plight of India’s unemployed youth on Wednesday. He claimed that the government had favoured the ultra-wealthy at the expense of small and midsize enterprises and the informal sector.

Rahul Gandhi said the government is using the judiciary, the Election Commission, and the Pegasus spyware as “instruments to crush the voice of the union of states” during a Motion of Thanks to the President’s Address in the Lok Sabha.

According to the Congress leader, India is under threat from both within and even beyond because of government policies that have brought China and Pakistan closer together.

Unemployment & Economic Divide
The chasm between highly wealthy Indians and others, according to Rahul Gandhi, was one of the important points missing from the President’s message.

“There are two Indias: one for the really wealthy, with vast riches and power, and the other for individuals who do not require a job, water or electricity. Another India is for the poor, and the gap between the two Indias is growing” according to Rahul Gandhi.

According to government data, the 10 wealthiest Indians have as much money as 40 crore Indians, according to the Congress lawmaker. “What went wrong? Narendra Modi ji was the one who did it” he stated.

According to Rahul Gandhi, India’s unemployment rate is at its highest in 50 years.

“You talk about Made in India and Start-Up India, but youth aren’t getting the jobs they deserve. The one they used to have has vanished” according to Rahul Gandhi, 3 crore youth lost their jobs in 2021.

The surge in unemployment, according to the Congress leader, is the result of a series of attacks on the informal sector, as well as medium and small businesses.

“In the MSME and informal sectors, jobs are created. However, you have taken lakhs of crores of rupees from these sectors and distributed them to the wealthy. Back-to-back attacks on MSME and informal sectors, including a note ban, an incorrect GST, and a lack of support during the Covid-19 outbreak. Currently, 84% of individuals have lost a portion of their salaries and are on the verge of poverty” according to Rahul Gandhi.

“In ten years, the UPA government lifted 27 crore people out of poverty. This isn’t our information; it’s factual information. You have relegated 23 crore people to poverty” he stated

India Union of States, not Kingdom
Rahul Gandhi, accusing the Modi government of concentrating power at the Centre, claimed that India is a union of states that cannot be controlled like a “kingdom” under the Constitution.

“In India, one cannot govern over the people of a state. Different languages and civilizations are inextricably linked. It’s a collaboration, not a kingdom” according to Rahul Gandhi.

The former Congress chief emphasised the need of cooperative federalism, dialogue, and negotiation, claiming that this is the only way India has been governed for decades.

“The idea of a monarch was defeated by Congress in 1947, but it has since been revived. There is a belief that India can be dominated by the Centre with a stick. The stick has been shattered every time this has happened” he stated

The misunderstanding regarding the states’ unity, according to Rahul Gandhi, is causing mayhem in the country. “The judiciary, the Election Commission, Pegasus, all of these are instruments to silence the union of states’ voice,” Rahul Gandhi remarked.

“When Pegasus is used to an Indian politician, it is an attack on the people of Tamil Nadu, Assam, Kerala, and Bengal,” he explained.

“A certain organisation has hijacked the institutional structure of our country and is assaulting the voice of the many states,” Rahul Gandhi remarked.

“I am afraid that this attack on the country’s institutional framework will be met with a response from the union of states,” Rahul Gandhi warned in the Lok Sabha.

Nation at Risk
According to the Congressman, the country is under attack from both the outside and the inside.

The third topic, according to Rahul Gandhi, that was left out of the President’s speech before to the Budget 2022 was the threat to the country posed by the China-Pakistan alliance.

“The RSS and the BJP are tampering with our country’s basis. They are severing the ties that bind the country together. They are assuring that no young person can find work. Consider why you haven’t been able to get a guest for Republic Day. India is now entirely isolated and encircled. Nepal, Afghanistan, and China encircle us” according to Rahul Gandhi.

According to the Congressman, the country has been undermined by attacks on institutions, whereas China has a clear vision.

“The Chinese have a clear idea of what they want to achieve, I n Doklam, they laid the groundwork for their strategy. This is a severe challenge to India’s sovereignty. In J&K, as well as in our foreign policy, we have committed major strategic errors” he stated.

The government, Rahul Gandhi claimed, has betrayed the people by pushing China and Pakistan closer together.

“The single most important strategic goal of Indian foreign policy is to keep Pakistan and China apart, and you have succeeded in bringing them closer together. Do not undervalue the force, the power that stands in front of us. This is the single most heinous act perpetrated against the Indian people. I can see that China has a strategy in place” according to Rahul Gandhi.

“The Chinese and Pakistanis are clearly plotting something. Take a look at the weaponry they’re buying and the manner they’re speaking. We’ve made a huge error, but I’m confident we’ll be able to defend ourselves against the Chinese. Keep in mind that you will be held accountable” he stated