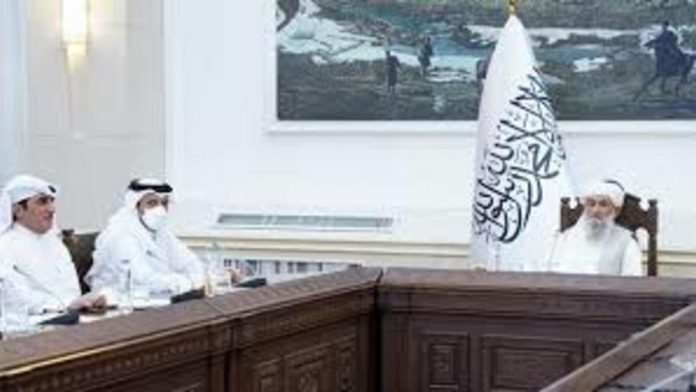 Qatar, a Middle Eastern country that has played a significant role in Afghanistan since the Taliban took power on August 15, dispatched a delegation to Kabul on Sunday.

It is thought to be the highest-level diplomatic group to visit Kabul since the Taliban established their interim government.

Suhail Shaheen, a political spokesman for the Taliban, tweeted about the high-level delegation on Sunday.

The focus of the meeting was on bilateral relations, humanitarian help, economic development, and global interaction.

The leadership of the Islamic Emirate praised Qatar’s government for assisting the Afghan people at this difficult period, emphasising that the Doha Agreement was a historic achievement that should be followed by all parties.

Since 2013, the Taliban have had a political office in Doha, Qatar’s capital.

Qatar Airways was the first international airline to start flying out of Kabul International Airport last week, taking more than 250 foreign nationals, including US citizens, out of the country.

Qatar has also partnered with Turkey to provide technical support in reopening the airport, which was damaged by leaving US forces who left Afghanistan on August 30 after evacuating tens of thousands of Afghans fleeing the return of the Taliban.