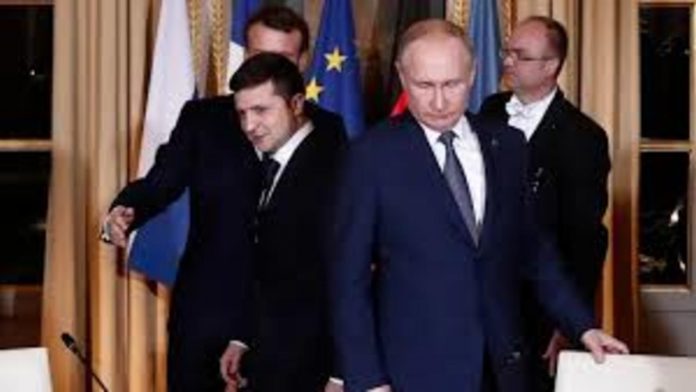 “Tell him I will thrash them,” Putin reportedly replied when Russian tycoon and unofficial mediator Roman Abramovich gave President Vladimir Putin with a handwritten note from Ukrainian President Zelenskyy.

According to a report, the handwritten paper outlined Ukraine’s criteria for stopping the war.

Earlier this month, sanctioned Russian businessman Roman Abramovich agreed to assist Ukraine in peace talks to resolve the conflict that began on February 24. Chelsea Football Club owner Roman Abramovich is said to have been hopping between Istanbul, Moscow, and Kyiv to transmit signals from one president to the next.

The symptoms included burning eyes and peeling skin on their faces and hands, according to the report.

According to the report, Abramovich’s and the Ukrainian negotiators’ health has improved and they are no longer in danger.

In the meantime, the first face-to-face negotiations between Russia and Ukraine are scheduled for Tuesday in Turkey. According to a Reuters article, Ukraine’s top priority is to establish a truce, despite the fact that both it and the US are sceptical of a big breakthrough.

“Humanitarian issues would be the minimum agenda, and securing an agreement on a ceasefire will be the maximum programme,” Ukrainian Foreign Minister Dmytro Kuleba stated. He went on to say, “We are not exchanging people, territory, or sovereignty.”

Since the invasion began, at least 5,000 people have died in the besieged city of Mariupol, according to a senior Ukrainian official.

Russian airstrikes near Kyiv, Ukraine’s capital, have knocked out power to more than 80,000 homes, according to officials.

The Russian invasion, which began on February 24, has resulted in the emigration of more than 3.5 million Ukrainians to other countries. The war has claimed the lives of a number of people, including children, as well as a large number of soldiers from both sides.