Putin Denies Claims Of Attacking Ukraine Fake, Ready For Talks Only If Demands Are Fulfilled 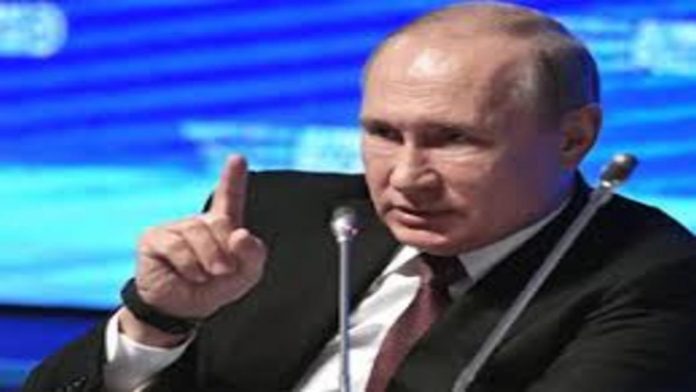 Kremlin in its statement said, President Putin has called the reports on “alleged ongoing air strikes of Kyiv and other large cities are gross propaganda fakes”.

He even said that talks between Russian and Ukraine will only be held if the Russian demands are fulfilled.

Mr Purin “confirmed that Russia is open to dialogue with the Ukrainian side, as well as with everyone who wants peace in Ukraine. But under the condition that all Russian demands are met,” said Kremlin.

The demands include neutral and non-nuclear Ukraine, it’s “denazification”, Crimea to be considered as part of Russia and “sovereignty” of the separatist territories in eastern Ukraine.

“Hope was expressed that during the planned third round of talks, the representatives of Kyiv will take a reasonable and constructive position,” the Kremlin further said.

As per the Kyiv’s diplomats, the next round of talks between Ukraine and Russia may be held during the weekend.