Putin Being Misled By His Own Miliary, Confirms Information From White House 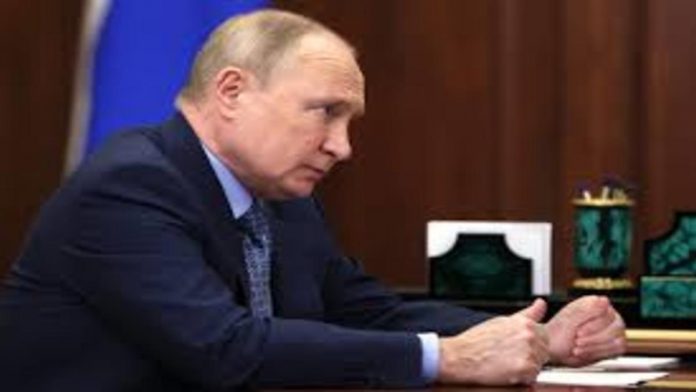 The White House on Wednesday said Russian President Vladimir Putin is misled by his own miliary and that the Ukraine war has been a strategic blunder.

“What I can say is, of course, we have information that Putin felt misled by the Russian military, which has resulted in persistent tension between Putin and his military leadership,”

“We believe that Putin is being misinformed by his advisers about how badly the Russian military is performing and how the Russian economy is being crippled by sanctions because his senior advisors are too afraid to tell him the truth,” said the Secretary.

“So, it is increasingly clear that Putin’s war has been a strategic blunder that has left Russia weaker over the long term, and increasingly isolated on the world stage,” she further said.

From the start that Russia made a forceful push toward Kiev toward the start of the attack. They are currently freely attempting to redefine the objectives of their attack to be not the same as they were at the start, she noted when gotten some information about some declassified American intelligence information that Putin had terrible information from his military.

“What does that mean for the war in Ukraine and the prospects for negotiations right now?” she was questioned.

“Obviously, we will continue to pursue our strategy of imposing severe costs on Russia, and trying to strengthen Ukraine on the battlefield and at the negotiating table,” she also said.

The Secretary also repeated that President Joe Biden has been not advocating the change in power.

“What he said a couple of days ago was a statement of personal moral outrage, but we do not have a formal policy of regime change. What we are doing is continuing to impose unprecedented costs on Russia,” said Bedingfield.

“We are ensuring that that Russia is paying for this choice. Putin himself has said that the cost, the impact of the sanctions, has been significant. So, we are continuing to focus on our strategy of making sure that we are providing security assistance to Ukraine and imposing significant costs on Russia for these choices,” she observed.