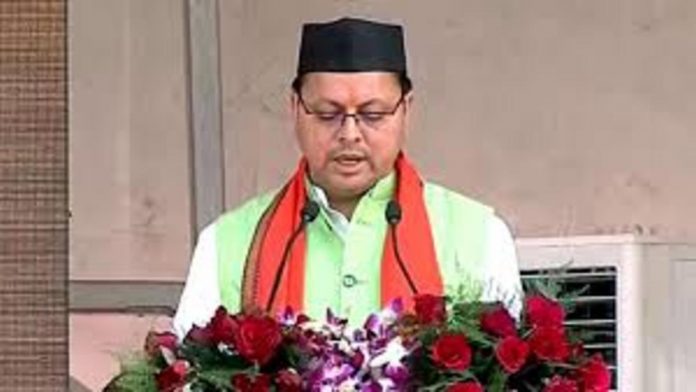 In the presence of Bharatiya Janata Party (BJP) senior brass, including Prime Minister Narendra Modi and Union Minister Amit Shah, Pushkar Singh Dhami will be sworn in as Uttarakhand Chief Minister for a second term today (March 23, 2022) in a lavish event at the Parade Ground in Dehradun.

The oath-taking ceremony for the hill state’s 12th chief minister is slated for 2.30 p.m.

Dhami also prayed at the Tapkeshwar Mahadev temple in Dehradun before the wedding.

Meanwhile, the BJP has moved on to the next task at hand, cabinet formation in Uttarakhand, after deciding to keep Pushkar Singh Dhami as chief minister.

At least three new inductions are almost expected in Dhami’s new cabinet. Because former cabinet members Harak Singh Rawat and Yashpal Arya joined the Congress before of the Assembly elections, and former minister Swami Yatishwaranand lost his seat, the party has to find three fresh faces to fill the vacancies.

All three of them would make their debut as ministers if they are admitted into Dhami’s new government.

In Uttarakhand, the BJP received a popular mandate for the second time in a row, winning 47 seats in the 70-member legislature.