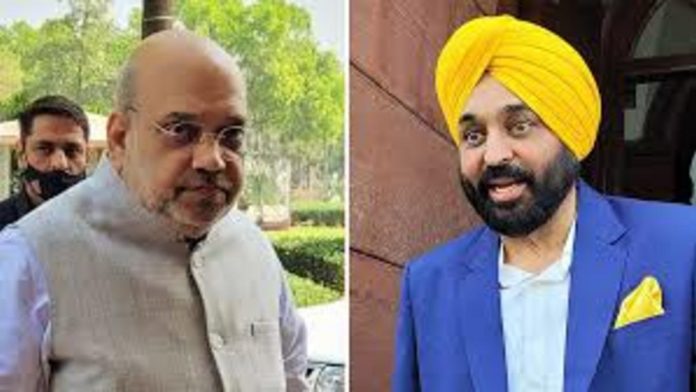 The state’s Aam Aadmi Party government and the national govt have clashed just days after the regime change in Punjab. Chief Minister Bhagwant Mann has warned “streets to Parliament” protests in response to Union Home Minister Amit Shah’s statement that employees of the Union Territory of Chandigarh will be subject to Central service standards beginning March 28.

Mann tweeted that the move was in violation of the Punjab Reorganisation Act, saying, “Central Govt has been imposing officers and people from other states and services in the Chandigarh government step by step.”

On the issue, the Congress and Akali Dal are on the same page as AAP, with leaders from both parties calling it “another massive blow to Punjab’s rights.” Parkash Singh Badal, the patriarch of the Akali Dal and a former chief minister of Punjab, stated the Centre “wants to usurp Punjab’s sovereignty over Chandigarh.”

Employees in the Union Territory of Chandigarh are currently subject to Punjab service rules. The change to Central laws, according to Shah, will benefit them “significantly,” as their retirement age will be raised from 58 to 60 years, and women employees will be entitled to two years of childcare leave instead of the existing one year.

The desire for Chandigarh personnel to be subjected to central service norms had been lingering for 20-25 years.

Parties in Punjab are interpreting Shah’s unexpected declaration in the light of the Chandigarh municipal elections in December, in which the BJP was defeated by the AAP. Although Chandigarh is considered a BJP stronghold, the AAP won the majority of the 14 seats in December. The BJP won the mayoral election, but it was a close call because one vote was found illegal.

With the 2024 Lok Sabha elections in mind, the BJP appears to be attempting to court UT personnel, realising that it would need all the aid it can get in light of the recent Assembly results.

Satya Pal Jain, a senior lawmaker and former Chandigarh MP, alleged that although the Punjab government was unable to accept the recommendations of numerous pay commissions for its employees, the Centre had approved a long-pending demand of UT employees in one go. Previously, UT personnel received salaries, allowances, and other benefits based on the Punjab model, but now they will receive them based on the Central government model, which will be more beneficial to them, he said.

Jain also stated that the ruling would have no bearing on Punjab. “How does the announcement affect Punjab when they are our employees?” For quite some time, we had been pursuing the case with the Prime Minister and the Home Minister… This conclusion does not contradict any state’s interests.”

Both states claimed Chandigarh as their capital when Punjab was partitioned into Punjab and Haryana in 1966, with some area going to Himachal Pradesh. Chandigarh was declared a Union Territory by the Centre pending a resolution. Chandigarh was to be controlled by the Centre under the Punjab Reorganisation Act of 1966, but laws in effect in undivided Punjab were to apply to the UT.

While the chief commissioner initially reported to the Union Home Ministry, officers were eventually recruited from the AGMUT (Arunachal Pradesh, Goa, Mizoram, and Union Territories) cadre. At a period when the region was fighting terrorism, the Punjab governor was appointed as the city’s administrator in 1984. The position of ‘advisor to the administrator’ has now been transferred to AGMUT-cadre IAS officials.

The Home Ministry has mandated that the officers and employees of the Chandigarh UT (including teachers and doctors) be recruited in a 60:40 ratio from Punjab and Haryana, respectively.

The Haryana government, run by the BJP, has remained silent on Shah’s remarks thus far.

After the matter snowballed into a similar scandal in 2018, the Centre had to defer a notification integrating the jobs of Deputy Superintendent of Police (DSP) of Chandigarh police into the DANIPS (Delhi, Andaman and Nicobar Islands, Lakshadweep, Daman and Diu, and Dadra and Nagar Haveli) cadre.